BMC yet to pay Rs 110 crore for coastal rd land

According to sources, the BMC is hesitant to pay the amount as it is in the view that the project will not affect marine life. 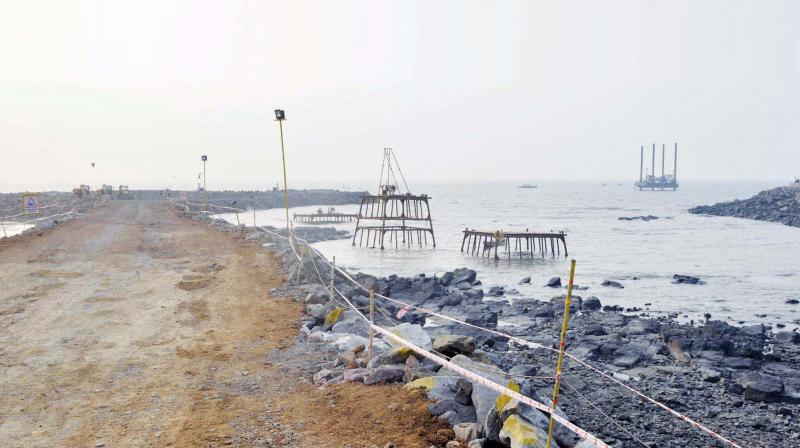 Currently, total cost of the project is Rs 12,000 crore

Mumbai: Despite commencing work on the first phase (Princess Street to Bandra-Worli Sea link) of the coastal road on Sunday, the Brihanmu-mbai Municipal Corpora-tion (BMC) is yet to pay Rs 110 crore to the state mangroves cell as a part of Corporate Environm-ent Responsibility (CER).

The Expert Appraisal Committee formed under the ministry of environment, forest and climate change had directed the civic body to pay the amo-unt in its 168th meeting.

The Asian Age is in possession of the minutes of the meeting. The conditions laid out for the coastal road project read, “The project proponent shall deposit 2 per cent of the total project cost for the conservation of coas-tal and marine biodiversity to the Mangrove Foun-dation of Maharashtra. Interest from the fund must be used exclusively to improve coastal and marine biodiversity of Mumbai and Thane and as such be clearly earmarked in annual budget of the foundation. The funds to be transferred on or before commencement of the construction work and a report in this regard to be forwarded to regional office of MoEFCC.” Currently, the total cost of the project is Rs 12,000 crore.

The committee had made it clear to pay the amount before commencing the work, hence a letter was given to the civic body on June 2018. “We had given out a letter this year, but the BMC did not reply. We are planning to send a letter again since it is mandatory to pay the amount as per the Central government circular that came out in May,” said a senior official from the state mangrove cell. The Asian Age tried to contact civic chief Ajoy Mehta, but he was unavailable for comment.

According to sources, the BMC is hesitant to pay the amount as it is in the view that the project will not affect marine life.