Lack of land to compensate for mangroves affects major projects

Joint consortium of Reliance Infrastructure and Astaldi received the LOA to commence work for VBSL in September this year. 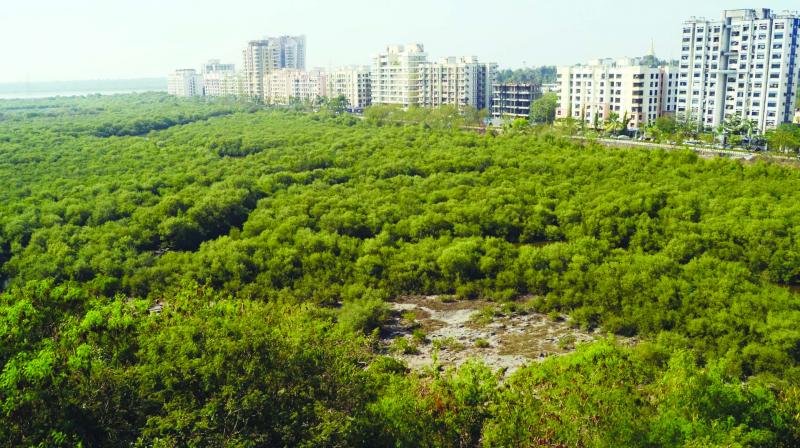 The high court recently rejected The Maharashtra State Road Development Corpora-tion (MSRDC), which is implementing both the projects, proposal to cut mangroves in the Juhu area for VBSL. (Representational image)

The high court recently rejected The Maharashtra State Road Development Corpora-tion (MSRDC), which is implementing both the projects, proposal to cut mangroves in the Juhu area for VBSL. Thus, despite awarding the letter of acceptance (LOA) to contractors to start the work, the piling works has not yet commenced.

Joint consortium of Reliance Infrastructure and Astaldi received the LOA to commence work for VBSL in September this year.

“We had proposed to plant mangroves in a land identified at Jalna, but court declared that the land is not suitable for mangrove plantation and turned down the proposal. Also, since the project is in Mumbai, the court directed to find a place in Mumbai itself,” said a senior official from MSRDC.

The official further added, “We have identified a land at Charkop, once the land is appr-oved by high court, only then the civil work can be started.”

The Asian Age had reported on September 18 that nearly 1,000 mangroves have been identified at Juhu Koliwada and Versova areas where the piers (pillars) of the project are to be constructed.

The Thane Creek Bridge project, which will be running parallel to existing two creek bri-dges is also waiting for an approval to cut the mangroves. “We are yet to find an alternate land to plant the mangroves as compensation,” added the official. The creek bridge will be a six-lane bridge connecting Vashi and will be approximately 1.8 km long.