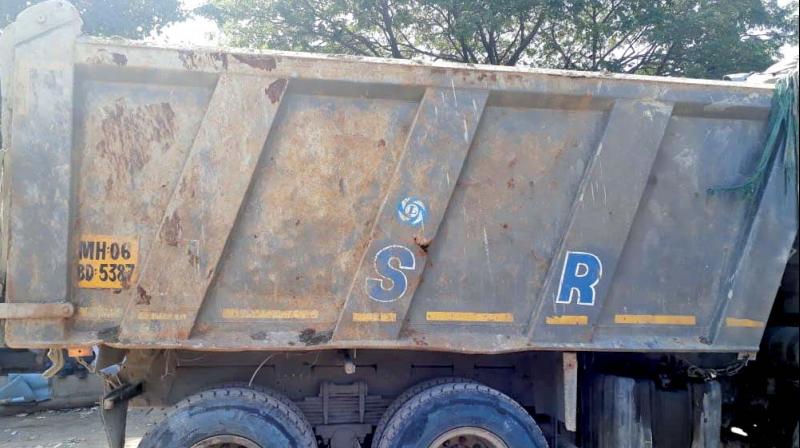 The civic body slapped a fine of Rs 20,000 on each of the three seized dumpers.

Mumbai: The Brihanmumbai Municipal Corporation (BMC) has accused the  Metro 3 contractor of damaging city roads. It has also seized three dumpers that were used for carrying debris of metro works and penalised them.

According to civic officials, dumpers used by metro contractor to ferry debris from construction sites have been found dropping muck on various roads in areas such as Cuffe Parade, Fort and Colaba, which are part of the A ward in South Mumbai.

Annoyed by this, the municipal conservancy workers in these areas refused to clean the dirt saying that metro work dumpers are often tainting the roads and the BMC should take action against the contractor.

Taking note of this, the civic body seized three dumpers and also levied a penalty on them on Saturday morning. Kiran Dighavkar, assistant municipal commissioner of A ward said, “We have levied a fine of Rs 20,000 on each of these dumpers. It was also noticed that the silt was not covered with tarpaulin, which is mandatory as per the no objection certificate given by the civic solid waste management department.”

The civic body had received several complaints from the conservancy workers, who have given in writing that they would not lift and clean up this muck, he added.

According to civic officials, on Friday night, the muck was noticed first along P Dmello Road and by Saturday morning there were similar complaints from Nathalal Parekh Marg in Colaba area, Captain Prakash Pethe Marg and G.D. Somani Marg in Cuffe Parade,  the BMC officials informed.

On October 23 too, it was noticed that silt being spread across various roads in A ward. Each of the dumpers is known to be carrying approximately six metric tons of muck.

The Metro 3 line will run between Colaba-Bandra-Seepz (Andhe-ri). Its construction works are currently in full progress.