Manmohan Singh appealed to the government to see to it that 16 lakh customers of the scam-hit bank get some relief. 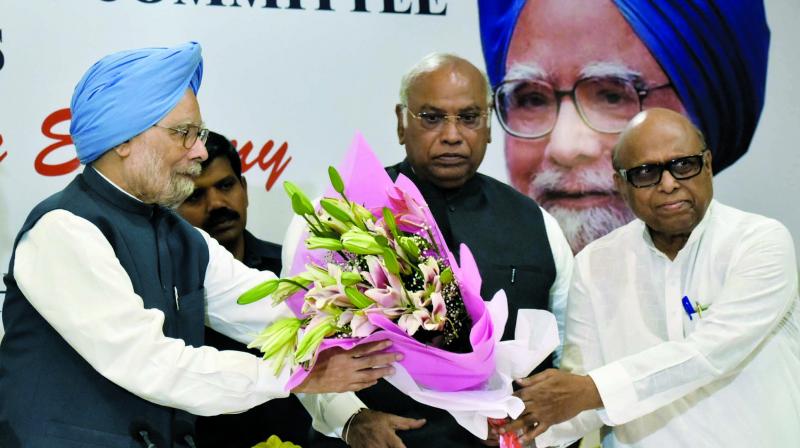 Mumbai: Former Prime Minister Manmohan Singh on Thursday slammed the government for obsessively trying to fix the blame on its opponents instead of finding a solution for the economic slowdown.

While admitting inherent weaknesses during his decade-long regime, Mr Singh said that the BJP government must stop blaming the UPA for every economic crisis, adding that five years were sufficient time for the dispensation to come up with solutions.

“You cannot claim year after year that the fault lies with the UPA. You have been in office for five and half years and that is long enough period for a government committed to public welfare to do some credible things. Merely passing the buck to UPA regime is no solution to India’s problems,” he said.

The former Prime Minister was replying to a question on finance minister Nirmala Sitharaman’s comment in the U.S, where she claimed that the banking sector had passed through its worst phase during the tenures of Mr Singh and former RBI Governor Raghuram Rajan.

“I have just come across the statement by the finance minister. I won’t like to comment on her statement but I can merely point out that before one can fix the economy, one needs a correct diagnosis of the ailment and its causes,” he said.

The veteran Congress leader said that had the NDA government learnt from the mistakes of the UPA government, defaulters like Nirav Modi would not have fled with public’s money.

Referring to the Punjab and Maharashtra Co-operative Bank crisis, he said that the Bharatiya Janata Party-led central and state governments were unwilling to adopt people-friendly policies.

Mr Singh appealed to the government to see to it that 16 lakh customers of the scam-hit bank get some relief. An exception should be made to the restriction on withdrawals in the case of depositors who have pressing medical needs such as kidney transplant, the veteran Congress leader said.