The accused persons have been remanded in police custody till October 19. 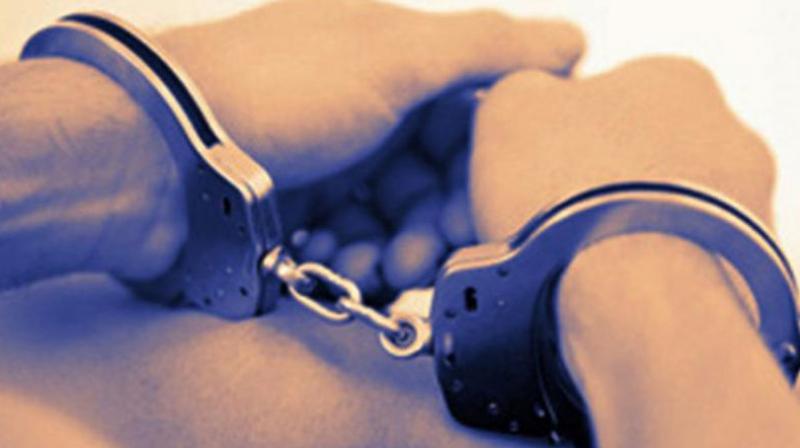 Of the five arrested persons, one is illiterate, one has passed the seventh standard, and the rest are 10th and 12th standard pass. (Photo: Representational)

Mumbai: Five bogus doctors have been arrested by the crime branch from Mumbai’s Byculla and Nagpada. The five were practising without valid degrees.

Acting on the tip-off that a few medicos were practising Unani medicine without any knowledge and cheating patients, police inspector Nitin Patil of crime branch unit 3, himself, visited these doctors as a dummy patient and nabbed all of them from their dispensaries under sections 419, 420 and 336 of the Indian Penal Code (IPC) and Section 33 of the Maharashtra Medical Practicing Act.

Police spokesperson Deputy Commissioner of Police (DCP) Pranay Ashok said, “Bogus doctors are a menace to society and a threat to human life. In this major crackdown, the police has busted a big bogus doctors’ racket in central Mumbai,” he said.

Of the five arrested persons, one is illiterate, one has passed the seventh standard, and the rest have passed 10th and 12th standard, respectively, he said.

“Acting on a tip-off, we nabbed the culprits. The accused persons have been remanded in police custody till October 19,” Mr Ashok further said.

Mr Ashok said that the arrested accused used to put up advertisements on railway platforms, inside trains and near public toilets, luring citizens with false promises of curing sexual disorders etc.

Raising the issue of fake doctors, Dr Shivkumar Utture, president of Maharashtra Medical Council, said, “There is no strict law for such bogus practitioners. The state should form a mechanism to eliminate quackery. This is the biggest blot on the healthcare system.”