Police yet to register case based on complaint. 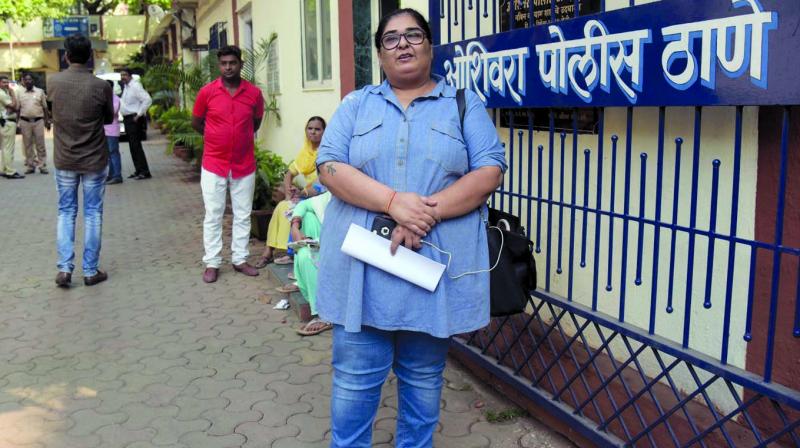 Vinta Nanda outside the Oshiwara police station on Wednesday after filing her complaint. (Photo: Asian Age)

Mumbai: Days after alleging that actor Alok Nath had raped her, Vinta Nanda on Wednesday submitted a written complaint to the Oshiwara police station seeking a criminal case from the police. Officials said that the complaint will be looked into but no case has been  registered as yet.

“It was usual for our group to meet there regularly. As the evening followed, my drinks were mixed and I began to feel strange. Around 2am, I left his house, however nobody offered to drop me home, which was unusual. He drove in his car and offered to drop me home. I have a faint memory after that but can remember liquor being poured into my mouth and being violated,” stated her complaint application.

The police said that she could not recollect what exactly happened and stated that she had a faint memory of the incident. The move comes days after Nath filed a defamation suit against Nanda over her allegations on her Facebook post.

The application also stated that Nath would come drunk on the sets of Tara and would make advances to the serial’s lead, despite her not being interested.

“I was producing and writing Tara and the lead was not interested in Alok. He was alcoholic, shameless and obnoxious. After the lead actor complained to us, we decided to take him off but he became aware of the plan,” Nanda’s complaint stated. The application remotely hinted at how the serial had to be cut short after the new management came in and that it could be owing to Nath.