On successful mating, the DSRV opened its hatches along with that of the submarine. 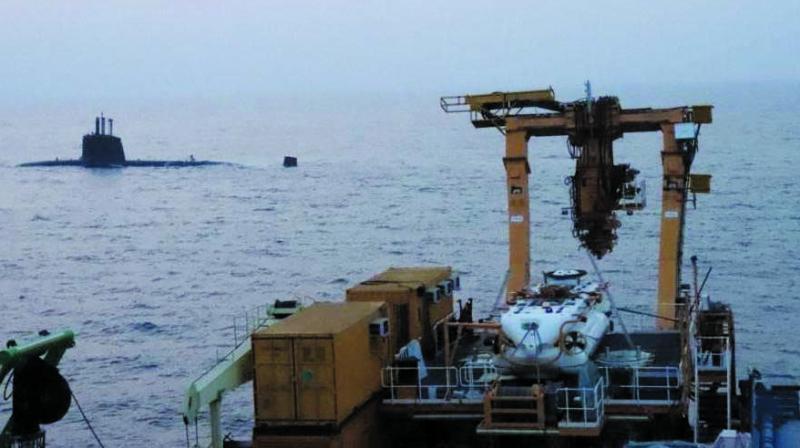 Mumbai: The Indian Navy successfully executed the trials of the newly-inducted rescue vehicle which will now help conduct a rescue mission to bring back personnel from a disabled submarine. The trials of the ‘Deep Submergence Rescue Vehicle’ (DSRV) were conducted at an undisclosed location in the Arabian Sea on Monday, confirmed the Western Naval Command.

“The DSRV has ushered in a niche capability into the Indian Navy. The DSRV, which is operated by a crew of three, can rescue 14 personnel from a disabled submarine at a time,” stated a release from the Western Naval Command.

While sharing details of the DSRV, the officials added that the DSRV carried out under water mating with a bottomed submarine, at over 300 feet depth during the trials. On successful mating, the DSRV opened its hatches along with that of the submarine and carried out transfer of personnel from the submarine to the DSRV.

The trials were concluded to be successful and it has proven the newly-inducted DSRV’s ability to undertake rescue operations from disabled submarines at sea, giving the Indian Navy a critical capability.