The Thackeray and Matondkar families are said to be close. 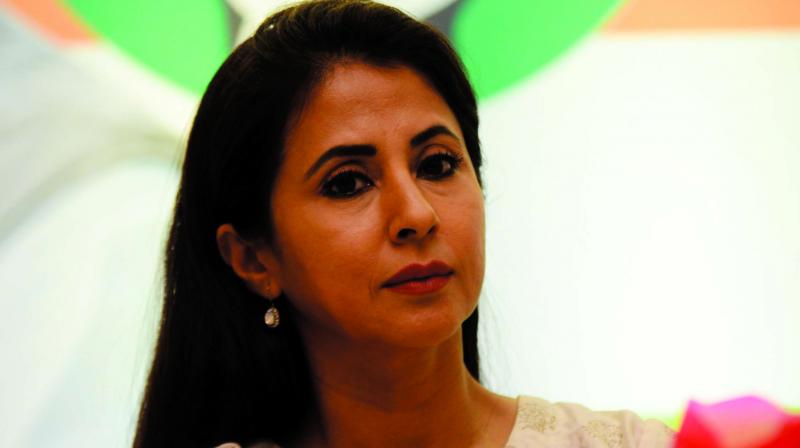 MUMBAI: Actress-turned-politician Urmila Matondkar on Tuesday scoffed at speculation that she is joining the Shiv Sena.

Refuting the rumours, she issued a statement, “I am not joining any other party so it’s a kind request to the media to kindly not share whatever they hear. It is unfair towards me to say the least, and also not appropriate towards any party.”

Ever since she resigned from the primary membership of the Congress on September 10, speculations were rife that she might join the Sena or the Bha-ratiya Janata Party (BJP).

The Thackeray and Matondkar families are said to be close.

The actress contested the 2019 Lok Sabha election as a Congress candidate from Mumbai North, but lost to the saffron party’s sitting MP Gopal Shetty by a margin of over 4.6 lakh votes.

On September 10, Ms Matondkar announced her resignation from the party, blaming the “petty in-house politics”.

In her letter to the then Mumbai Congress chief Milind Deora, which unfortunately leaked to the media later, the actress alleged that Congress officials and activists were carrying out anti-party activities by taking money.

Ms Matondkar said that she resigned as nobody was willing to take any action against such errant party workers.

While resigning, she added that she stood by her “thoughts and ideologies” and would continue to work for the people.