PM should walk his talk by saving trees: Jairam Ramesh

Ramesh said that it should be noted that no one is opposing metro. 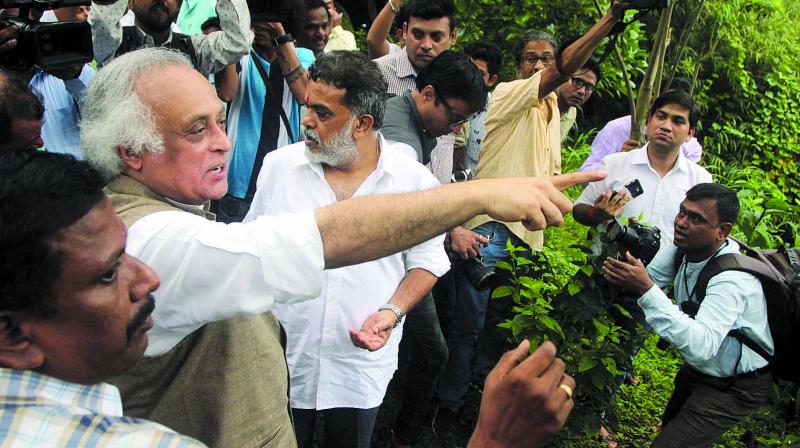 Mumbai: Former Union environment minister and Congress leader Jairam Ramesh on Tuesday visited the Aarey colony and met citizens and activists opposing felling of 2,646 trees in the area for the Metro 3 car shed project. Taking a dig at Prime Minister Narendra Modi, Jairam Ramesh said that if Mr Modi is serious about protecting the environment, he should walk the talk by saving Aarey.

He said that despite the party’s political differences with Shiv Sena, it supports the latter’s stance on environment, however Sena should persuade its ally, Bharatiya Janata Party (BJP) to drop the idea of car shed at Aarey.

“The PM considers himself an advocate of environment. This is an opportunity to act towards protection of environment by not allowing metro car shed at Aarey,” said Mr Ramesh. Highlighting about options of alternative sites for the car shed, the MP from Karnataka said, “It is not about trees, but the biodiversity that prevails here, the wildlife and river. The state government to shift the car depot to another site, as it is what people want,” he added.

Emphasising that metro is important for upgrading public transport in Mumbai, Mr Ramesh said that it should be noted that no one is opposing metro. “I have spent 12 years in Powai which is near Aarey and this place is crucial for the city’s environment. Many people are after this land and metro car shed will open the doors for further construction in Aarey,” he said.