Meanwhile, the BMC will soon start the work for Phase 1 (Princess Street to Worli) of the 29.2 km-long highway, which will end at Kandivali. 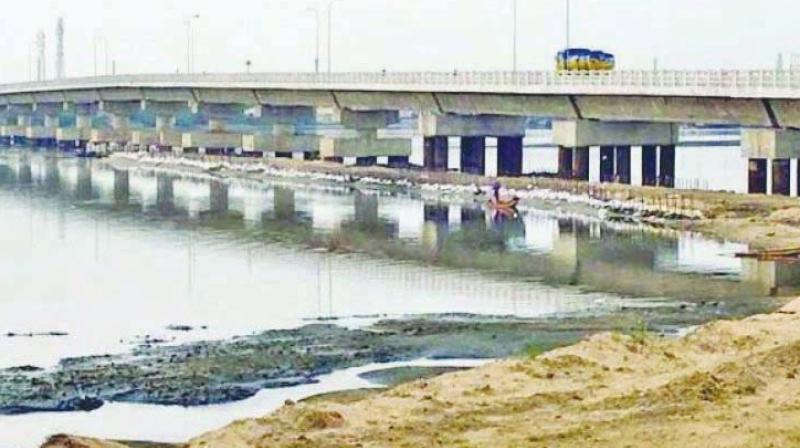 There would be total eight interchanges at WEH.

Mumbai: In yet another attempt to reduce the congestion at Western Express Highway (WEH), the Mumbai Metr-opolitan Region Develop-ment Authority (MMRDA) is in final stages of approving the alignment of their coastal road, which will have its interchanges at WEH. The coastal road from Versova to Ghodbunder will pass through Marve-Manori areas. According to officials, there would be total eight interchanges at WEH towards the coastal road. Commuters opting to travel towards Churchgate will get a relief after the road is implemented. This would be the second extension from Versova-Bandra sea link project.

“The alignment is in its final stages of approval, we have decided to take the bridge through Manori-Marve areas in order to improve the connectivity. The coastal road will have around eight interchanges to WEH,” said a senior official from MMRDA. He further added, “The geo-technical investigation and preparation of detailed project report (DPR) is in process currently,” added the official.

According to the plan prepared by the authority, the creek bridge will have interchanges at Malad, Marve, Manori-Gorai, Borivali, Uttan-Dongri, Uttan, Bhayander and Ghodbunder etc. “We had seven alternative alignments, we zeroed down to this alignment since it will reduce the vehicular traffic at WEH. Anybody who wants to travel to Churchgate from Virar can use this bridge,” said another official from MMRDA. He further added, “We are 90 per cent sure that the alignment will be approved by the committee, post which the bidding process will begin”.  The coastal road will begin where the MSRDC’s  Versova-Bandra sea link project will end.

The Asian Age had reported in its April 27 edition that the authority is finalising the alignment for the project. The total cost of the project is Rs 15, 000 crore and is expected to be thrown open for motorists by 2022.

Meanwhile, the BMC will soon start the work for Phase 1 (Princess Street to Worli) of the 29.2 km-long highway, which will end at Kandivali.