One side of the Gokhale Bridge has been thrown open for motorists. 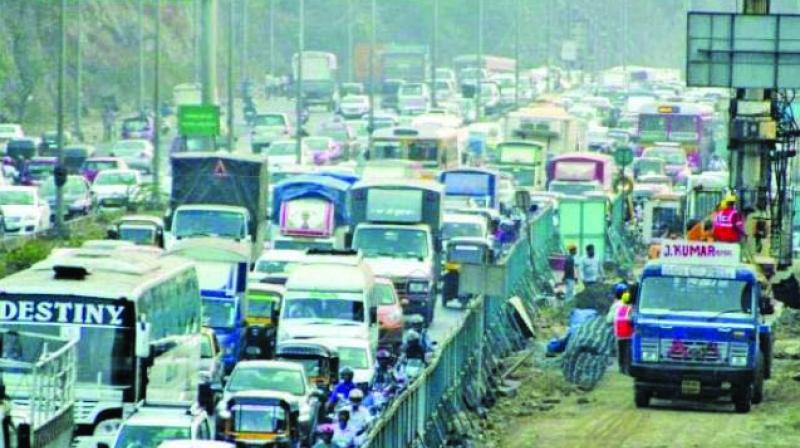 Peak hours have witnessed an increase in the traffic on the subway route.

Mumbai: Traffic has doubled at the Andheri subway and the Jogeshwari bridge since July 3 when the pathway of Andheri’s Gokhale Road Over Bridge (ROB) crashed, killing two, after which restrictions on traffic movement on the ROB were placed, complained motorists. Although, one side of the Gokhale Bridge has been thrown open for motorists, it has not helped in reducing traffic.

According to daily commuters, thanks to the diversions post pathway crash, their commute time has increased by an hour. Currently, two-way traffic is allowed on only one lane of the bridge while the lane adjoining the pathway is shut. The entry of heavy vehicles — buses, trucks and goods transport vehicles, on the bridge is restricted so far.

“The traffic has been pathetic after the accident, instead of using the bridge, now I take a route from the Andheri subway. Almost all the regular commuters have switched to the subway. The east-west distance used to get covered in 15-20 minutes, but now it takes an hour,” said Mohammed Shaikh, a rickshaw driver from Andheri.

Although peak hours have witnessed an increase in the traffic at the subway route, huge vehicles like trucks and tempos have to rely on Jogeshwari bridge or through neighbouring areas like Santacruz.

Pedestrians are allowed to use the intact part of the bridge, however many still refrain from using the bridge.