The 100-year-old, British-made bridge needs urgent repairs as it is in shambles and full of potholes. 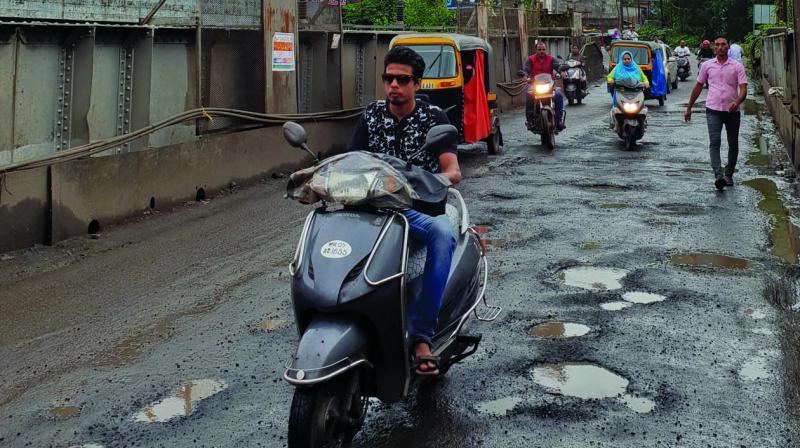 The 100-year-old, British-made bridge is in need of urgent repairs.

MUMBAI: Kalyan’s Patripul Bridge — which was recently found unsafe during an audit conducted by IIT Mumbai, after which it was suggested that the bridge be dismantled by the Maharashtra State Road Development Corporation (MSRDC) – is only open for light vehicles and a danger sign has also been put up. The 100-year-old, British-made bridge needs urgent repairs as it is in shambles and full of potholes.

Commuters who travel on a daily basis say that they take around 40 minutes just to cross the bridge because of congestion but if it is shut down, there will be no option available to them. “Nowadays, I’ve to leave at least 40 to 45 minutes earlier in order to reach on time. Even after that, I reach late every day because of the heavy congestion in the morning. However at night, it is even worse,” said Jagdish Khatre, who works at Mahape, Vashi.

Patripul bridge connects Dombivali, Bhiwandi, Thane, Vashi and Panvel areas and a large part of the population in Kalyan travels by road to reach these places on a daily basis. A danger sign has been put up at the beginning and a “no heavy vehicle” sign, too, has been put up.

Sharath Kumra (76), who resides near the end of the bridge for the past more than 40 years, said, “It looks terrible, especially at night, what with all the honking, vehicle pollution, traffic congestion! Moreover because the bridge is in a pathetic condition, anything can happen anytime. It would be better if the concerned authority either shut it down or did something about it because if anything happens, there won’t be any point in blaming anyone.”