An official from BMC said that the water samples from the school were clear. 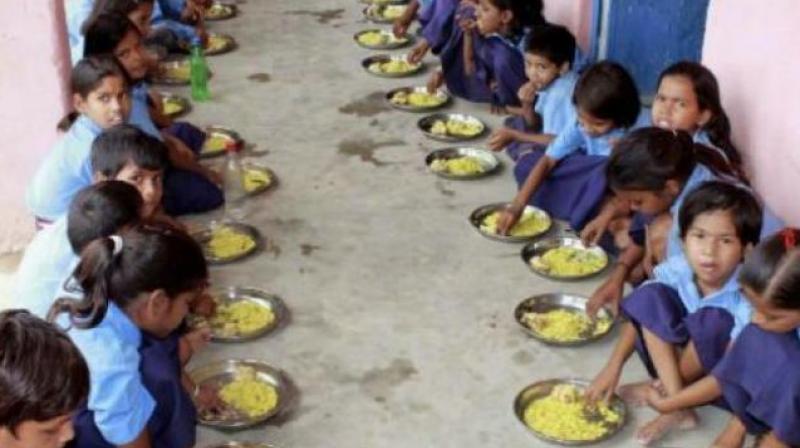 While water samples from the school were clear but a drug toxicity report is still awaited. (Representational image)

Mumbai: 16 students and a teacher of the Bhandup-based Sahyadri Vidyamandir, who were admitted to the civic-run M.T. Agarwal Hospital on Thursday afternoon due to suspected food poisoning were discharged on Friday.

The students — 12 girls and four boys — along with one teacher were hospitalised after they complained of stomach pain and started vomiting after eating a midday meal provided by the school authorities.

Dr. Usha Mophrekar, medical superintendent of M.T. Agarwal Hospital, Mulund, said, “None of them were in a serious state. We have conducted the required tests and after their medical evaluation, the discharge was given.”

“We have collected raw as well as cooked food samples from the kitchen of the Lingeshwar Mahila Mandal — which provides mid-day meal — for testing. The kitchen looked neat and tidy. Nonetheless, the experts will test the samples to end the inquiry conclusively,” said Mahesh Palkar, education officer of Brihanmumbai Municipal Corporation (BMC).

Mr Palkar also said, “The investigation report is underway and as a precautionary measure, we have ordered the organisation to not supply food.”  While water samples from the school were clear but a drug toxicity report is still awaited.

Ramesh Khade, senior police inspector, Bhandup police station, said, “After the BMC and FDA give their preliminary investigation reports to us and we get the reports on the tests conducted on the food samples, we will decide as to what action needs to be taken.”

Mr Khade added, “Till now, no police complaint has been registered related to this incident.”