The HC wanted to know who was responsible for it and the committee will be fixing responsibility. 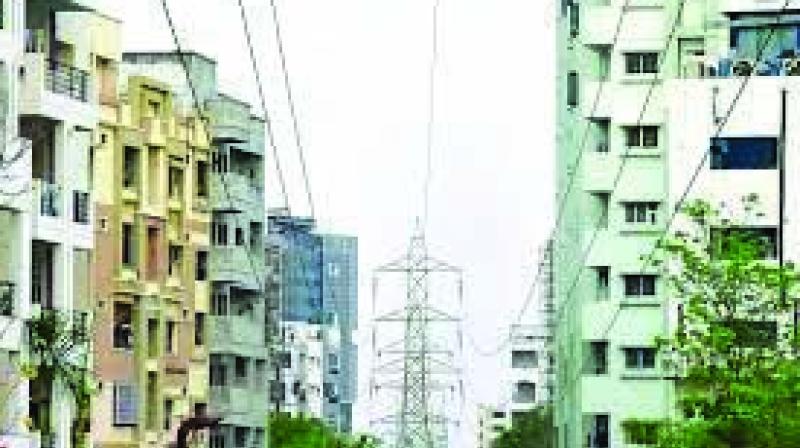 An inquiry by the amicus curiae has revealed that there are 141 dangerous spots in the area. (Representational picture)

Mumbai: The Nagpur bench of the Bombay high court has appointed a high level committee to look into the issue of allowing residential constructions to be built close to high power tension lines in Nagpur.

The constitution of the committee was prompted in light of the suo moto public interest litigation taken by the Nagpur bench after the June 2017 death of twins Priyansh and Piyush Dhar due to electrocution after they touched a 33KV power line passing over their aunt’s home in Sujat Nagar in Nagpur. An inquiry by the amicus curiae has revealed that there are 141 dangerous spots in the area. The HC wanted to know who was responsible for it and the committee will be fixing responsibility.

A division bench of Justices Bhushan Dharmadhikari and Arun Upadhye was hearing the suo moto PIL after the death of the Dhar twins due to electrocution by high tension power lines situated close to the residential units. The HC had appointed Shreerang Bhadarkar as amicus curiae and had sought to know the names of officials of Nagpur Municipal Corporation (NMC) and Nagpur Improvement Trust as well as the names of elected representatives who had facilitated the permission for building the residential units close to the high power tension lines.

On Wednesday while the builder tried to shrug off the responsibility by claiming that he had abided by the approved plan of the NMC, and unauthorised constructions thereafter brought the homes close to the wires. However, NMC and Maharashtra State Electricity Distribution Company Limited (MSEDCL) put the blame squarely on the builder.

In light of the contentions by all parties, the court formed a panel  which will look into the matter.