Metros   Mumbai  18 Aug 2017  Mom kills own son to save his wife from daily abuse
Metros, Mumbai

Mom kills own son to save his wife from daily abuse 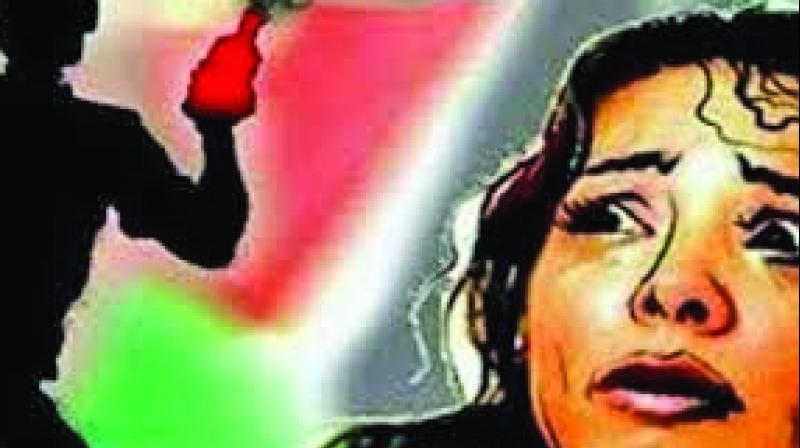 The deceased was addicted to alcohol and drugs. He would beat his wife and family members regularly.

Mumbai: Anwari Idrisi (43), a mother of two, strangled her son Nadeem (24) while attempting to restrain him from beating up his wife, at Ambedkar chawl in Mankhurd on Tuesday night. Nadeem, who was unemployed, an alcoholic and a drug addict, used to beat his wife regularly and also attack other family members if they tried to intervene.

After realising that Nadeem had died the following morning, Idrisi surrendered to the Mankhurd police and confessed to the act. She was arrested and booked for murder.

Nadeem married two years ago and stayed with his mother, wife, two elder brothers and their wives in Ambedkar chawl. As he was unemployed, he would often come home in an inebriated state and his wife would bear the brunt of his physical abuse. Officials said that the incident took place on Tuesday evening, when Nadeem came home drunk and started beating up his wife. Anwari came in to the rescue of her daughter-in-law and held Nadeem against a steel ladder and strangled him to death.

While Anwari regrets the fact that she killed her own son, she is quite sure that she couldn’t have let her daughter-in-law get beaten up anymore.

The next morning, she confessed to the Mankhurd police and surrendered herself. She has been under section 302 of the IPC for murder.

The body has been sent for post-mortem to the civic-run Rajawadi Hospital.

Speaking to The Asian Age, Deputy Commissioner of Police (Operations) Rashmi Karandikar said, “Nadeem’s cause of death was specified as asphyxiation as there were evidences of ligature marks over the neck along with multiple injuries over the body.”

Anwari was presented in court on Wednesday and remanded to police custody till Monday.