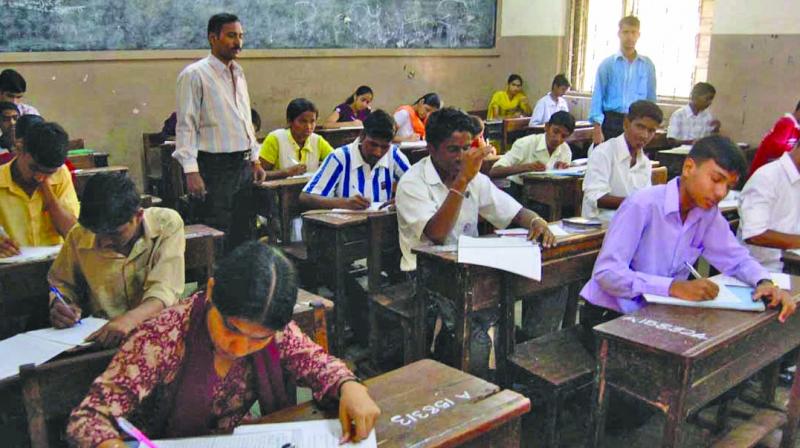 The state received only Rs 54 crore while it was expecting Rs 500 crore this year. (Representational photo)

Mumbai: Data obtained from the state government has revealed that funds from the Centre for Other Backward Class (OBC) students’ scholarships have seen a major decline in the last 15 years.

The Centre, since 2001, has not handed out Rs 2,576 crore meant for OBC students in Maharashtra. In the current year, the state received only Rs 54 crore while it was expecting Rs 500 crore. Activists have blamed this disappointment on the state’s mechanism, which they say failed to assert itself before the Centre.

The state government, which had formed a separate OBC ministry for the welfare of the people this year, is lacking funds from the Centre to fulfil the scholarship amount of the students. Also, chief minister Devendra Fadnavis had promised earlier this month to extend facilities received by OBCs to Maratha students. But this begs the question: if OBC students are not getting their dues, how can the state help Maratha students?

Interestingly, between 2003 and 2006 the Centre did not send its contribution at all to the state. Figures from 2001 indicated that the state government’s contribution for scholarships was Rs 373 crore, and while the Centre’s contribution was Rs 3,181 crore, it sent only Rs 606 crore, creating a backlog of Rs 2,576 crore.

When The Asian Age questioned chief minister Devendra Fadnavis on the matter, he said that this is a different scheme. “There is an entire provision pan India is just Rs 500 crore. We have never received more than this since 2003. The scheme is financed by the state government and we have expanded it through our own resources.”

However, the figures of the last few years do not support that the state government is contributing much to the scholarships. “It is due to the state’s apathy that the social justice department did not inform the Centre in the past about inclusion of a few backward castes in OBCs. Hence, Maharashtra is the only state that does not get the Centre’s contribution. The funds are distributed unevenly among OBC students. Those who press their demands get funds,” said Dr Balasaheb Pawar, a senate member of Maharashtra Health Science University, who is following the issue in the court.

Another activist, Dr Vivek Korday, who is from a group that is against the commercialisation of education, said it is hypocrisy by the government. “The OBC and EBC students are forced to pay fees they cannot afford. Later, there is no guarantee by the state of reimbursement. The students should not be paying fees ideally. Then there will be no need for reimbursement,” Dr Korday said.