The teachers have now agreed to work on off days in order to complete the assessment process. 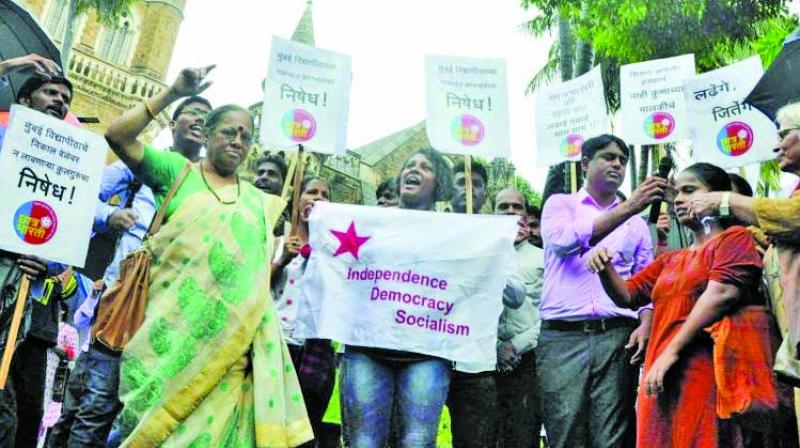 File image of the protest outside the Kalina campus.

Mumbai: Devanand Shinde, the acting Vice-Chancellor (VC) of Mumbai University is trying to iron out the two major areas of concern that have been plaguing the varsity. The first of these is the online assessment of the final year degree college students that has been delayed for over three months. The process is now on course as the major concerns about teachers being unhappy and a faulty online system, have been eradicated.

Shinde, who is also the VC of Shivaji University, Kolhapur, met MeritTrac, the makers of the On-Screen Marking and discussed the problems that the system was going through. In the meeting, the issue regarding ‘missing papers’ was also resolved, along with making a list of teachers and their subjects, which would help to maintain the assessment. Likewise, the heavy load that the server was not able to take with too many people logging in at the same time was also resolved.

On Independence Day, Parsi New Year as well as weekends, the teachers have been going to the centralised assessment process (CAP) centres to correct the answer sheets.