Mocking the Congress, Mr Patil also said that everyone (in the Congress) was worried about his future. 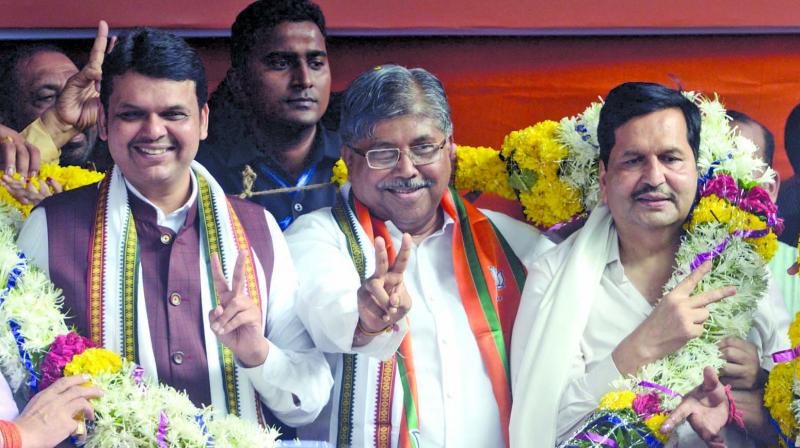 Mumbai: Newly-appointed Maharashtra BJP chief Chandrakant Patil said that he would undertake the mission, “Congress Mukta Maharashtra”. He claimed that in the coming days, if any working president of the Congress joined the BJP, it would not be surprising and added that the BJP-Shiv Sena alliance would secure 230 seats in the Assembly. He officially took charge Wednesday in the presence of chief minister Devendra Fadnavis.

After taking charge as BJP state chief, Mr Patil, in reply to a query, told reporters that his priority was to strengthen the party organisation and make Maharashtra “Cong-ress Mukta”.

He also said, “After taking charge as a working president in the Congress, in the next 15 days, if anyone out of the five working presidents joins the BJP, you (reporters) should not be astonished.”

The BJP state president said that they would continue to visit Baramati like their leader Smriti Irani used to visit Amethi and won this time. Similarly, in 2024, the party would win the Baramati parliamentary constituency.

To a question whether the government had failed to convince its ally, the Shiv Sena, about the crop insurance scheme as the latter staged a protest, Mr Patil said that whenever problems arose, voice of the people should be raised strongly by everyone.