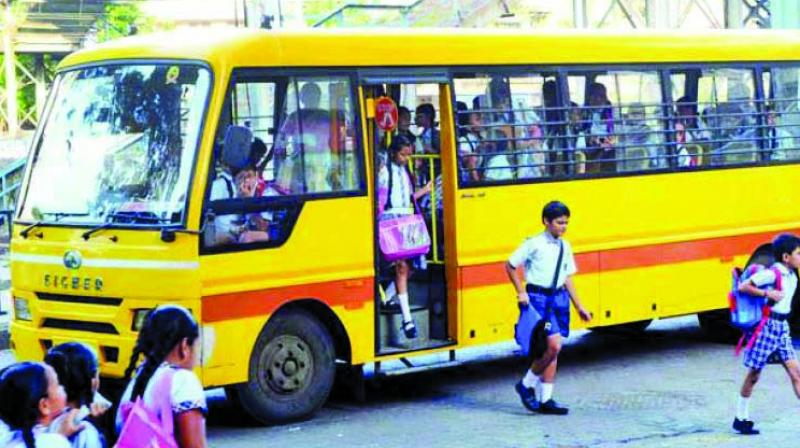 Mumbai: The Bombay high court has asked the state to give the names of schools that have employed school buses without conforming to safety norms.

The court sought the list after the state submitted its compliance report on orders that directed formation of school bus committees and conducting awareness drives across the state.

A division bench of Justices Naresh Patil and Girish Kulkarni, while perusing the compliance report filed through government pleader Abhinandan Vagyani, was informed that nearly all schools across various districts had submitted details of buses ferrying students.

The report also included details of the school bus committees formed as per stipulations of the relevant Act.

While referring to the report on buses in the city, the court observed that nearly 27 schools had buses that were not conforming to the norms and were plying without adhering to the various directions issued by the court as well as the rules laid down by the road transport department.

However, advocate Rama Subramanium, appearing for the petitioner PTA Forum United, drew the court’s attention to the fact that the compliance report did not mention school vans and auto rickshaws that were not only ferrying children illegally, but were not observing any of the safety norms, either.

After hearing all sides, the court directed the state to give the names of schools that had employed school buses without following due procedure like approval by the school bus committee, agreement between the school and bus operator etc.