Students from both vernacular and English medium are trained by the NGO. 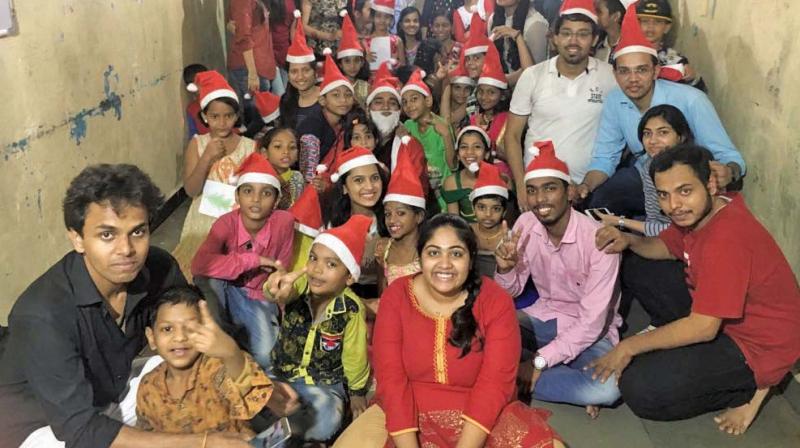 Apart from academics, the students are trained in dancing, singing, painting and public speaking.

Mumbai: In an initiative that had its genesis in a few underprivileged children approaching the wife of an Indian Institute of Technology Bombay (IIT-B) professor seeking knowledge, former teachers of the prestigious institute have been teaching students from the slums of Powai for free.

The ex-professors formed in 2010 the Logic Centre and Community Welfare Association (LC-CWA), a registered NGO, driven by the idea that supplementary education must be provided to underprivileged children.

Apart from academics, the students are trained in dancing, singing, painting and public speaking. The goal of the NGO is to reduce the dropout rates in municipal and government-run schools, which has been on the rise for the past 10 years.

Amitabh Gupta, secretary of LCCWA, while talking to The Asian Age, said, “The idea came to us when a few children approached my wife to teach them certain subjects. Initially we had five children and now we have 170 of them.” Mr Gupta further said, “We conduct classes for students from Class 4 to Class 10 in an equipped classroom.”

Chaitali Gupta, who is part of the LCCWA, said, “Along with studies and extracurricular activities, we also provide them nutritious meals free of cost due to which the parents are motivated to send their children back to us.”

Students from both vernacular and English medium are trained by the NGO.  Meanwhile, last week two students from the NGO scored 85 per cent and above in SSC examinations. Further, the students after clearing their Class 10 exams, are given in-depth training in software, hardware and data processing, which makes them eligible for jobs in IT-based companies as interns or full-time employees

“People underestimate students from municipal schools, however, with proper guidance and education, he or she can do well just like any other student in this world,” added Mr Gupta. However, apart from education these professors feel that practical learning is important to survive in the competitive world. These students are given hands-on training and knowledge about software, hardware, data processing, video shooting, etc. They also provide vocational computer training to the students to make them tech-savvy.