Animals like leopard, jackal, hyena, wolf, sloth bear, otter and nilgai among others will be shifted to the new enclosures. 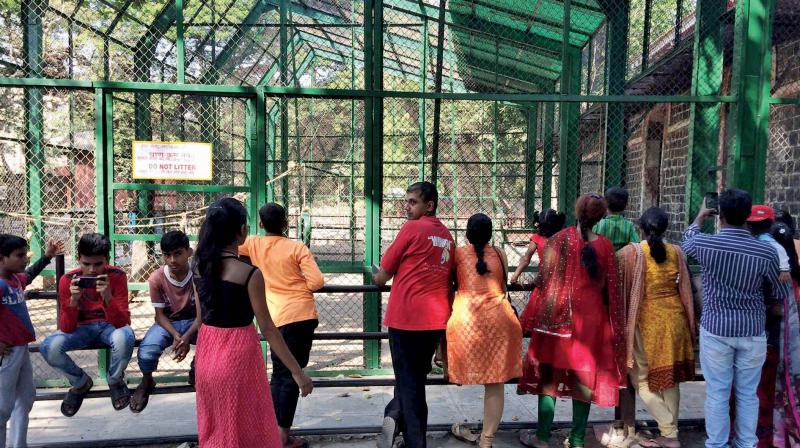 The zoo will get new animals like Asiatic lions and tigers

Mumbai: The Veer Jijamata Udyan, popularly known as Byculla zoo, is gearing up for the second phase of the Rs 120-crore revamp as the construction of new enclosures for animals has already started. The zoo is set to get 17 new enclosures along with new animals like Asiatic lion, tigers and swamp deer among others. The Brihanmumbai Municipal Corporation (BMC) has already approved seven enclosures while the remaining are awaiting approval.

Animals like leopard, jackal, hyena, wolf, sloth bear, otter and nilgai among others will be shifted to the new enclosures. The swamp deer will be brought from the Kanpur zoo, which has already been approved. “The Asiatic lion from Junagad and tigers from Kanpur and Aurangabad are still awaiting approval which we are expecting soon. The seven new enclosures that we have started constructing will have these animals including the nilgai and aviary among others,” said Dr Sanjay Tripathi, director of Byculla zoo. Under the revamp’s first phase, the zoo’s exterior like the entrance and the periphery boundary, among others, were renovated.

The new enclosures will integrate animal-holding areas, exercise areas for animals, water bodies, viewing areas and artistic acrylic glass — as a barrier for visitors to view the animals from a distance.  “The funds for bringing in new animals will be assisted by the Central government and by inter-zoo transfers,” added Dr Tripathi.