“The railway board has not given us a yes or no about the Churchgate-Virar corridor.” 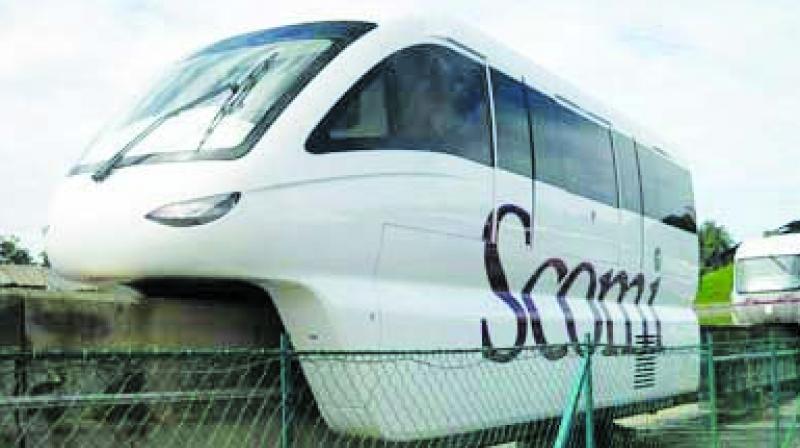 Railway officials fear that the elevated corridor will be as useless as the Chembur-Wadala monorail route.

Mumbai: The fate of the Churchgate-Virar corridor continues to hang in balance with the Railways having put the issue on backburner. Railway officials last discussed it in February when the railway board sent a list of confirmed works that are usually announced by the railway minister (now finance minister) in the budget. Since then however, there has been no discussion on the Churchgate-Virar corridor as compared to the CST-Panvel elevated corridor following announcement of the Metro project along the same route.

Officials said that the communication in February was part of standard operating procedure (SOP) carried out after every budget when all three railway bodies in the city that is the central railway (CR), western railway (WR) and Mumbai Rail Vikas Corporation (MRVC) receive a copy of the same. Officials said that unlike the CST-Panvel corridor, the Churchgate-Virar corridor had seen dwindling interest owing to the Metro line 2B to run from Colaba to Seepz. An official said, “The railway board has not given us a yes or no about the Churchgate-Virar corridor.” The decision of starting work from Bandra instead of Oval Maidan had already been made due to the Metro.

“Curtailing the project is fine but after that, there has been no on-paper progress made. There was a meeting held in April with the state but that too, verbal. Nothing of substance was decided,” he added.

Back in 2016, Union minister Suresh Prabhu sent the state government a request for quotation (RFQ) for both corridors but lack of clarity and the railway board’s opinion that the Metro would reduce the corridors’ relevance led to slowing down of the procedure.

City officials felt that the railway board should take a call on whether the corridor should be dropped completely or not.

Another official said, “We cannot wait for the Metro to be operational and then take a call on the Churchgate-Virar corridor. Neither can we afford to start the line and put ourselves in a situation like the Chembur-Vadala monorail that sees nearly no ridership. So, we are caught between the devil and the deep blue sea.”

Nirmal Tikamgarh, a former member of the divisional railway user consultative committee (DRUCC) felt that the railway needed to tread with caution and that there was no shame in rescinding the Churchgate-Virar corridor. “I think that if the railway feels in any way that it is a bad financial investment, it can always drop it and will be none the worse for it,” he said.

Meanwhile, the CST-Panvel elevated corridor is considered more of a financial risk than the Churchgate-Virar corridor as there is a perception that potential commuters on the former corridor have less buying power than those on the latter.