Maha has completed only five per cent of its target to build ponds in state. 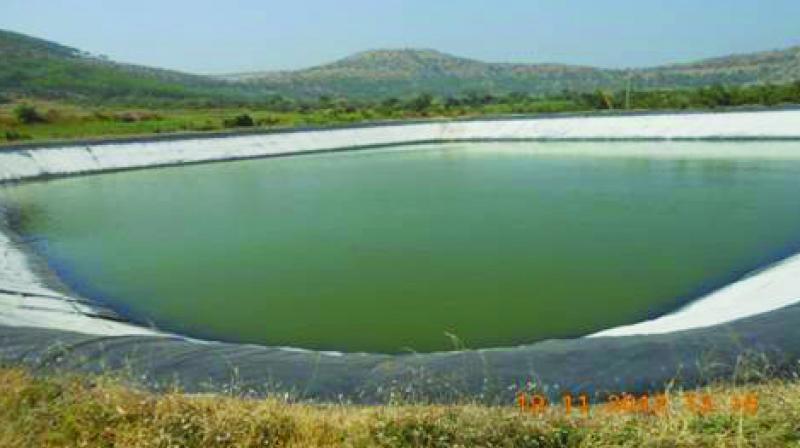 Under Maagel Tyala Shet Tale, Maharashtra was supposed to build one lakh farm ponds but could complete only 5,210 in 2016.

Mumbai: Even as Jalyukta Shivar, one of the government’s pet schemes, is caught in corruption allegations, it has come to light that the state government has been able to complete only five per cent of its target in 2016 set under another micro-irrigation scheme ‘Maagel Tyala Shet Tale’ (A farm pond to everyone who demands it). This has been revealed in a Right To Information query.

Under Maagel Tyala Shet Tale, Maharashtra was supposed to build one lakh farm ponds but could complete only 5,210 in 2016. Tanmay Kanitkar of Parivartan, a non-governmental organisation from Pune, had sought the information. The RTI reply revealed that Andhra Pradesh has done tremendous work, completing more than three lakh ponds in the state, with Jharkhand in second place after setting up 92,000 ponds.

Maagel Tyala Shet Tale is a Union government scheme that has been in place for the past two years.

In the reply that Mr Kanitkar received for his query, the rural development department said the target was to build 10 lakh farm ponds in 2016-17 across the country. Out of this target, 5,78,589 ponds have been built, which means approximately 50 per cent of the target has been met.

However, the state’s figures show that not the state could achieve only five per cent of its target. The state had set a target of completing one lakh farm ponds in the financial year of 2016-17. But only 5,210 ponds have been built in the entire year in Maharashtra.

Opposition leader Dhananjay Munde called it one more example of the state government’s “hollow promises.” “…this information has exposed the difference between reality and advertisement. We expect that now at least the state government will start working than doing fake campaigns,” said Mr Munde.

The Asian Age tried to take contact water conservation minister Ram Shinde by phone and SMS, but Mr Shinde did not reply.