The accused was identified as Babu Narsinha Kana Gandla (35). 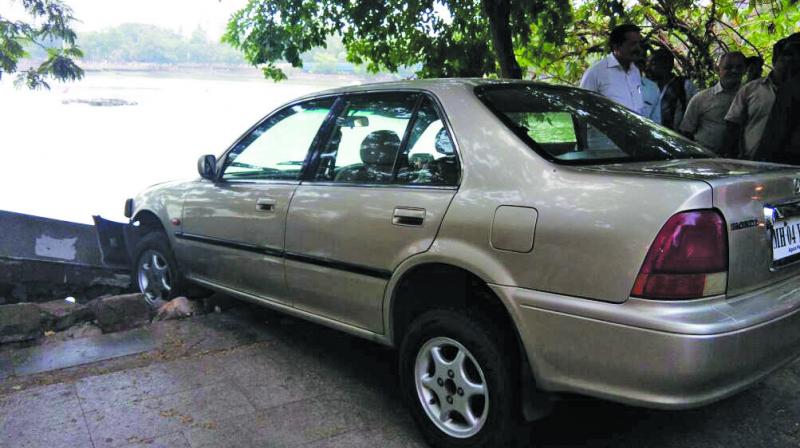 The driver rammed the car into a concrete boundary near Talao Pali, breaking it.

Mumbai: The Naupada police arrested the driver of a Honda City car for allegedly driving rashly and ramming into the compound-wall of the Masunda (also known as ‘Talao Pali’) lake on Wednesday morning.

The driver rammed the car into a concrete boundary near Talao Pali in Thane on Wednesday, breaking it. The accused was identified as Babu Narsinha Kana Gandla (35), who works for a private firm at Panchpakhadi.

The police said the incident happened at around 9.30 am. A police officer from Naupada police station said, “The driver was speeding and lost control of the vehicle when he encountered a sharp turn, breaking the concrete boundary at Talao Pali. Locals rushed to the spot and pulled the driver out of the car. He suffered minor injuries.” The accused was allowed to leave on bail.

Sajneev Seth, who witnessed the incident, said, “I was walking towards the station and it was a busy street. Suddenly this car took a turn and came towards us. We were on the footpath adjacent to the lake. We immediately dispersed from the path as this car got on to the footpath and rammed into the compound of the lake. After the car came to a stop we rushed to rescue the driver.”