Water experts have long raised objections both to the way the scheme is carried out as well as the scheme itself. 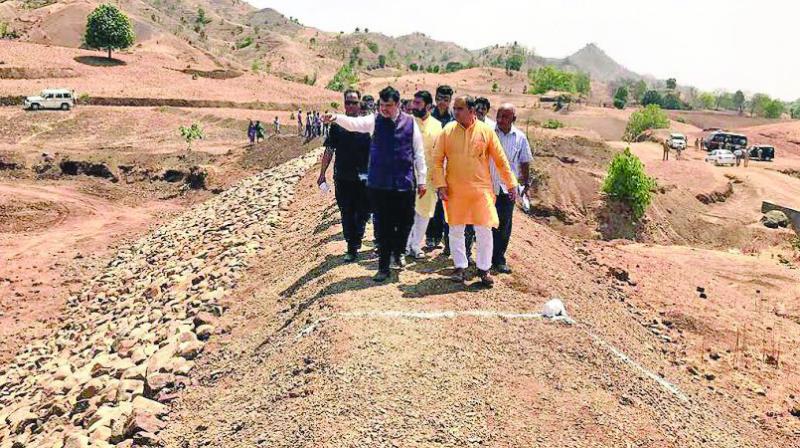 Mumbai: The Bharatiya Janata Party government in 2015-16 launched the Jalyukta Shivar, a community-based micro irrigation system at village level and a brainchild of chief minister Devendra Fadnavis, to fight the drought prevalent then in Maharashtra. Mr Fadnavis had extended his complete support to make this programme popular.

However, water experts have long raised objections both to the way the scheme is carried out as well as the scheme itself. Rajendra Singh, who is well known for his work of micro irrigation in Rajasthan, has also conveyed his reservations over the scheme to Mr Fadnavis. “As an idea, Jalyukta Shivar is fantastic. But the way it is being implemented is worrying. Contractors have hijacked the scheme and are digging hilltop areas and not working to achieve the main aim — irrigation and soil conversation,” he said.

Asked about allegations that contractors have benefited unduly in the scheme, he said, “This is bound to happen... Irrigation is all about percolation of water in soil. But if you put contractors in it, then you will achieve nothing.”

Pradeep Purandare of Water And Land Management Institute (WALMI), which is based in Aurangabad, strongly opposed the project itself. “This is a combination of 13 schemes. It looks great only on paper. But government machinery is only pushing river deepening and river widening work. This is unscientific. There should be a package of schemes that could have bigger results. Generalisation of the scheme is rather damaging the water level and resources,” he said.