In the south-central Mumbai constituency, Mr Shewale is contesting against Eknath Gaikwad from the Congress. 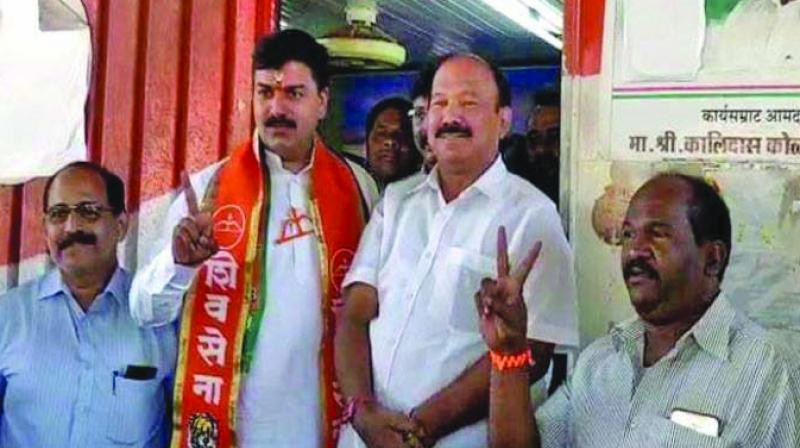 Mumbai: The Congress was left red-faced on Wednesday as its senior MLA Kalidas Kolambkar announced that he will campaign for Shiv Sena candidate Rahul Shewale in the south-central Mumbai constituency. The MLA from Naigaon has already given ample indications of his plans to join the BJP ahead of the Vidhan Sabha elections.

In the south-central Mumbai constituency, Mr Shewale is contesting against Eknath Gaikwad from the Congress.

Mr Kolambkar expressed disappointment with his party leadership and said he will campaign for Mr Shewale. “I am deeply disappointed with the Congress leadership.”

He said he has not received any communication so far from his party leadership about the Lok Sabha polls. “The Congress candidate Eknath Gaikwad also did not call me or send any message. I extend my support to Mr Shewale and will campaign for him,” he said.

Speculation is rife that Mr Kolambkar, who is a six-term legislator from the Wadala Assembly seat and a close aide of former chief minister Narayan Rane, may join the BJP.

Word that Mr Kolambkar plans to join the BJP started doing the rounds after an image of chief minister Devendra Fadnavis was found on the banner put up at his office Tuesday.

Raised right opposite the Congress’ Tilak Bhavan office at Dadar, the banner had the image of Mr Fadnavis instead of his current party leaders.

“I don’t want to remain in the Congress any more. Chief minister Devendra Fadnavis possesses strong will power for the development of the state,” he said.