The police had secured his location, and safely sent him to his hometown, Imphal. 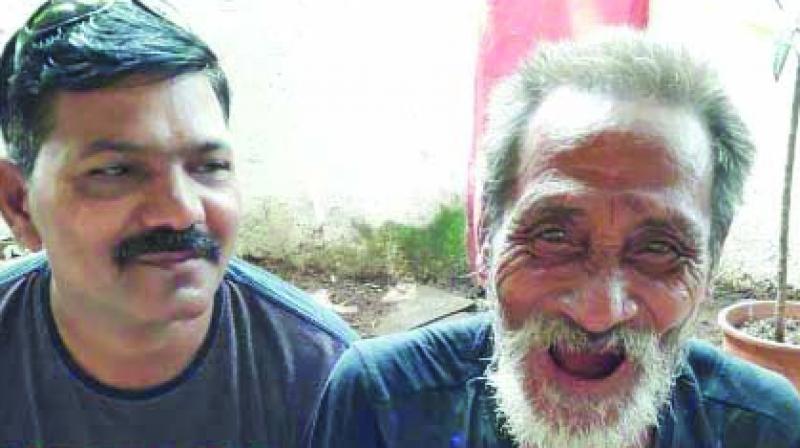 Mumbai: The kin of a 66-year-old man from Manipur took him back to Imphal on Tuesday after Khomdram Gambhir Singh’s family arrived at Bandra police station on Tuesday afternoon.

The police had secured his location, and safely sent him to his hometown, Imphal.

A police source from Bandra police station said that after a political analyst alerted the Mumbai police by sharing a video on Twitter by tagging them and several political figures seeking help in reuniting him with his family. A neighbour of Mr Singh then saw the post and alerted the local police of Imphal, who got in touch with Bandra police regarding the same on Sunday. They then secured him and put him in an old age home in Virar, following which he was brought to Bandra police station on Tuesday, and handed him over to Manipur’s Patsoi police officials, who were accompanied by Mr Singh’s younger brother Kulachandra Singh.

Pandit Nivrutti Thackeray, senior police inspector of Bandra police station said, “The kin of the Mr Singh’s family reached Mumbai on Tuesday morning, and they have left for their hometown within hours. He is scheduled to reach Imphal late on Wednesday, and we believe there will be a huge welcome ceremony for him as he returns after 40 years.”

Khomdram Gambhir Singh, an ex-rifleman who went missing 40 years ago, in 1978, from Manipur, has been traced to the streets of Mumbai, courtesy YouTube. After disappearing from his hometown four decades ago, made his living by singing songs on Mumbai streets.