A distress call was received at the Mumbai Main Police Control Room from the tugboat Sonika. 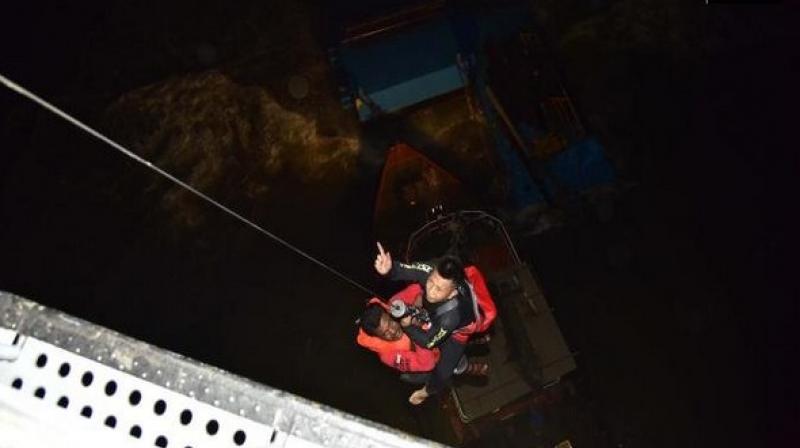 Mumbai : Four crew members of a tugboat Sonika, who were stranded at sea off Mumbai last night, were rescued by an Indian Navy Seaking C helicopter.

A distress call was received at the Mumbai Main Police Control Room from the tugboat Sonika. The tugboat, with four men onboard, had run aground on rocks in the waters off Raj Bhavan during low tide and had begun to flood.

The site is in vicinity of the general area where the Shivaji statue is planned to be built. A police launch from Mahim reached the site by 9:15 p.m. but could not approach tug boat Sonika due to rocks and shallow waters.

The Indian Navy was approached for assistance and the Joint Operations Center was also contacted by the police. At about11: 20 p.m., a naval Seaking C helicopter, with divers onboard, was launched from Naval Air Station Shikra.

The helicopter was able to extract all four stranded men and returned to base by 2345 hrs. The rescued men were provided medical check upon arrival by doctor of INS Shikra. The crew is safe and no injury was reported.