The bag and its contents have been recovered and the police have registered a case of theft against the duo. 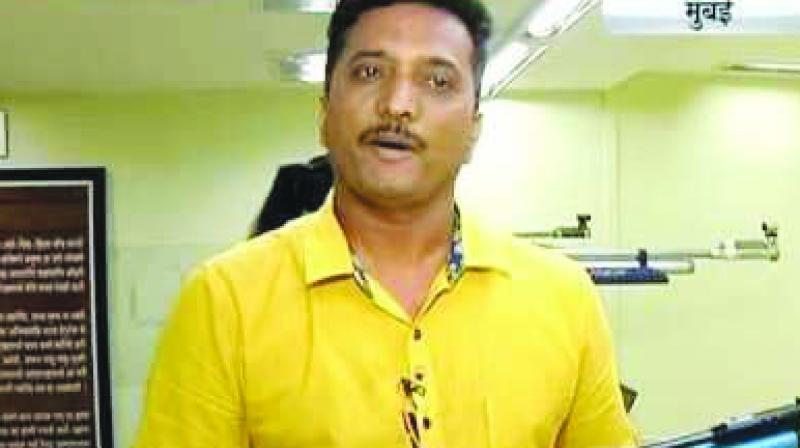 Mumbai: The Government Railway police (GRP) arrested a couple for stealing a trolley bag belonging to former National shooting champion Vishwajeet Shinde while he was travelling to Bandra Terminus from Delhi in Sampark Kranti Express on Thursday. The couple was tracked down from slum pocket at Shaikh Mistry Dargah road in Antop Hill.

The arrested couple were identified as Lalit Dhingana (28) and his wife Jyoti (25), police said. The couple had fled with the trolley bag containing 30 ammunition safety box stuffed with 50 rounds of 22 bores in each of them, kneeling role, shooting gloves, belts and other items.

The duo was also travelling in the same coach and they came under suspicion after the shooter identified them as suspects when the CCTV camera footage was scanned by the GRP. The investigators said that when they tried to contact them with the help of their PNR details provided for railway reservation ticket, the number was found to be switched off.

After scanning footage of other cameras, it was revealed that the couple had hired a taxi after leaving the station.

“The cabbie was tracked by the investigating team and when he was questioned about the same, he revealed that he had dropped them near fire brigade at Antop Hill. Meanwhile, we found the display picture on the phone number’s whatsapp, which helped us in tracking them,” said Sunilkumar Jadhav, senior inspector of Bandra GRP.

The bag and its contents have been recovered and the police have registered a case of theft against the duo.