The bridges department has pointed a finger at the A ward office as the renovation of tiling was carried by the latter in 2016. 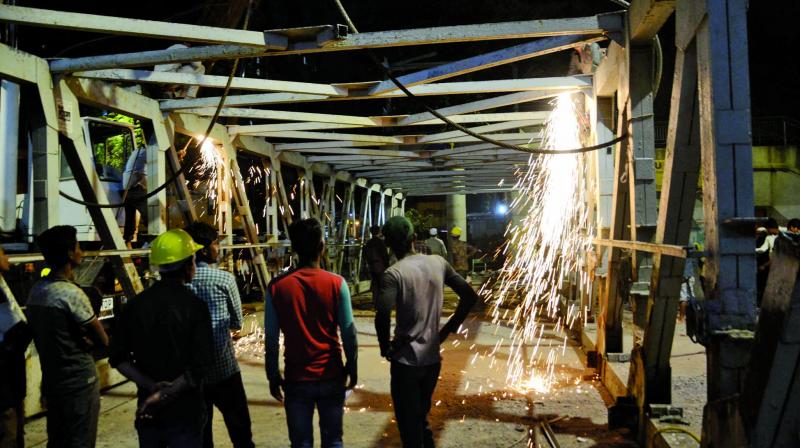 File photo of the FoB being dismantled.

Mumbai: Four days after the Himalaya foot overbridge collapsed near Chhatrapati Shivaji Terminus (CSMT), the Brihanmumbai Municipal Corporation (BMC) on Monday will form a team of officers and experts who will inspect the remains of the bridge and analyse its condition and the cause of the collapse, which killed six people and left 31 injured.

They will visit the BMC godown where the remains of the bridge are kept. Municipal Commissioner Ajoy Mehta is likely to order the team to start its work from Tuesday.

However, this team may work separate from the one that has prepared the preliminary report on the collapse. The preliminary report on Friday has pointed to an irresponsible structural audit and has found four senior BMC officers guilty. The report highlight lapses in the work carried out by DD Desai, the structural auditor that carried out its inspection of the structure and deemed it to be in good condition.