Use of plastic carry bags widespread despite ban

Mumbai generates 7,200 metric tonnes of garbage daily, a significant portion of which is plastic. 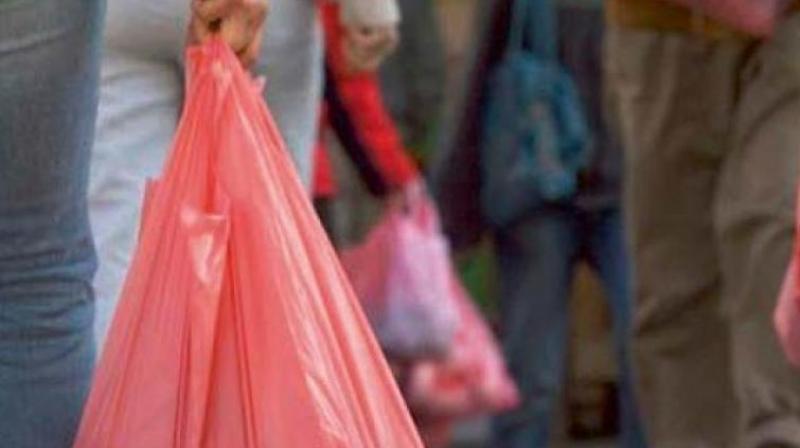 Civic officials have claimed that the sneaky supply of banned plastic carry bags from neighbouring states has resulted in the ban being not effective.

Mumbai: Despite a ban on plastic carry bags, their illegal use is rampant in the city due to their free availability and underhanded supply from neighbouring cities.

Mumbai generates 7,200 metric tonnes of garbage daily, a significant portion of which is plastic. The clogging of drains due to plastic carry bags was one of the prime reasons for the 26/7 deluge in 2005, in which the entire city came to a standstill and over a thousand people lost their lives.

Following the floods, plastic carry bags under the thickness of 50 microns and size under 8x12 inches were banned by the state government under the Maharashtra Non-biodegradable Garbage Control (MNBGC) Act.

The violation of this act would invite a penalty of Rs 5000 and Rs 10,000 for the first and second offence. The following offences will be liable for the punishment of Rs 25,000 fine and imprisonment of three months.

According to the civic data, the Brihanmumbai Municipal Corporation (BMC) in the last four years has registered 3,789 cases and levied a fine of about Rs 1.80 crore on shopkeepers and hawkers over the use of banned plastic bags.

Civic officials have claimed that the sneaky supply of banned plastic carry bags from neighbouring states has resulted in the ban being not effective.

“Despite the ban, carry bags continue to reach hawkers from neighbouring cities like Diu, Daman, Silvassa, Vasai and Dahanu. Authorities there should take action against the manufacturers to stop the supply,” said a senior civic official.