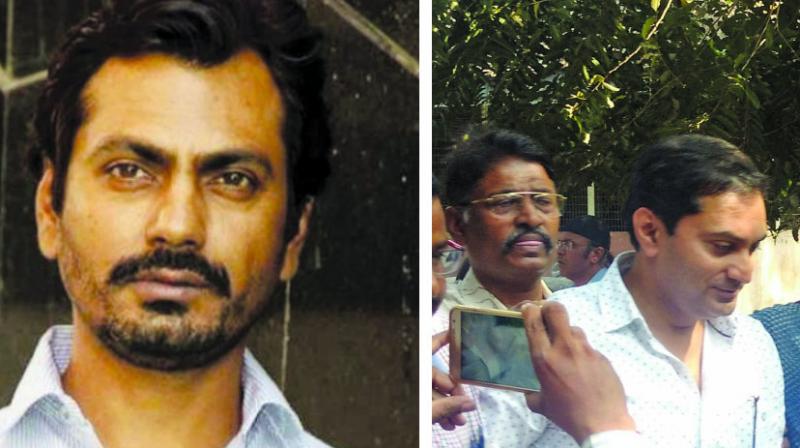 Mumbai: The Thane magistrate court has sent lawyer Rizwan Siddique to five days’ police custody in connection with the call detail record (CDR) scam on Saturday. Mr Siddique allegedly procured the CDR data for actor Nawazuddin Siddiqui; however, he was arrested by the Thane police on alleged suspicion of him possibly tampering with evidence.

The arrested lawyer was represented by senior counsel Rizwan Merchant, who argued that the crime branch had no reason for arresting the lawyer on grounds of him being likely to abscond or tamper with evidence.

While carrying out the arrest on a war footing, senior Thane police officers also asserted that Mr Siddiqui was summoned for statement as ‘a prime witness’ in the case and that he has been cooperative.During the court arguments, Mr Merchant stated that they would approach the Bombay high court to appeal for the release.

“This is purely an illegal detention by the police. They were to serve a notice under section 41 A for serving in a bid to seek evidence from him, however, instead of serving it, they decided to arrest him,” said Mr Merchant.

Mr Merchant further added that the police did not serve the notice under 41A and that it was lying before the court that the accused had refused to accept it, leaving no scope but to arrest him. “It's an offence to arrest someone without a prior notice. The mention of non-acceptance is also missing from the spot panchnama. It’s an afterthought, said Mr Merchant.

The police argued that they suspected him to be passive towards investigation. The argument is based on earlier claims that the lawyer acted on self will and sought for the CDR of actor’s wife.

The police informed the court that there was strong suspicion that Mr Siddique had procured the call details for others too. The police suspects that he had facilitated at least 12 others, including some film actors, in getting CDR for a fee of Rs 1 lakh each. The accused lawyer would, however, procure the papers in only Rs 10,000, the police further added before the court.

The officials have seized three mobile phones and two laptops from Mr Siddique’s office. The police sought for custody and time to analyse the data and question the accused based on the findings.