The final meeting in this regard was held this week wherein the negotiations were completed. 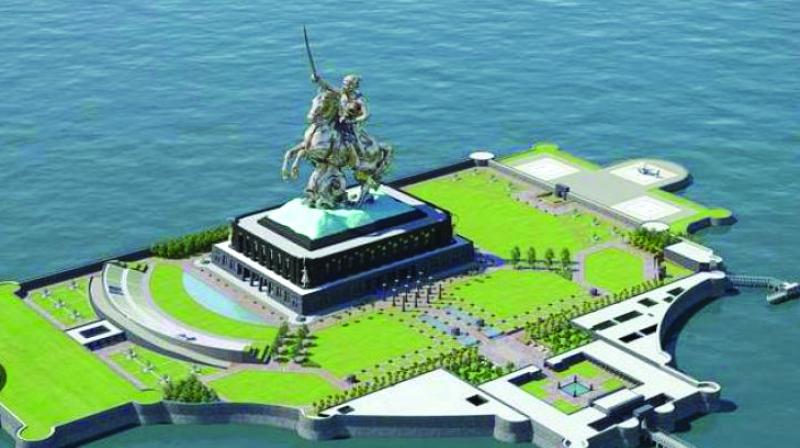 Mumbai: Intending to maintain the cost of Chhatrapati Shivaji memorial in Arabian Sea, Maharashtra government has decided to compromise over some specifications of the memorial. Two years after performing Jal Puja of the memorial, the government has completed its negotiations with bidder Larsen and Toubro (L&T) and the final design will be changed now to fit into the reasonable cost.

The lowest tender that the government received of Rs 3,826 crore, was from Larsen & Toubro (L&T). However, it exceeded the estimated cost of phase 1 of the project by a whopping Rs 1,326 crore. Instead of going for re-tendering, the government decided to negotiate with the company.

Bowing down before pressure to keep its promise of the memorial, PM Modi had performed Jal Puja in December 2016 before the BMC polls in February 2017. However, not much has moved in the project. The statue will be 309-feet taller than the Statue of Liberty and the memorial will host an exhibition on the Maratha king, an amphitheatre as well as a library.

The government will now redesign the memorial with the help of the company to fit into the cost. “We will issue work order to the L&T soon so that they can start the work as early as possible,” the official said.