City all set for PM’s visit to Navi Mumbai

PM Narendra Modi will do the bhoomi pujan of the new airport at Ulwe. 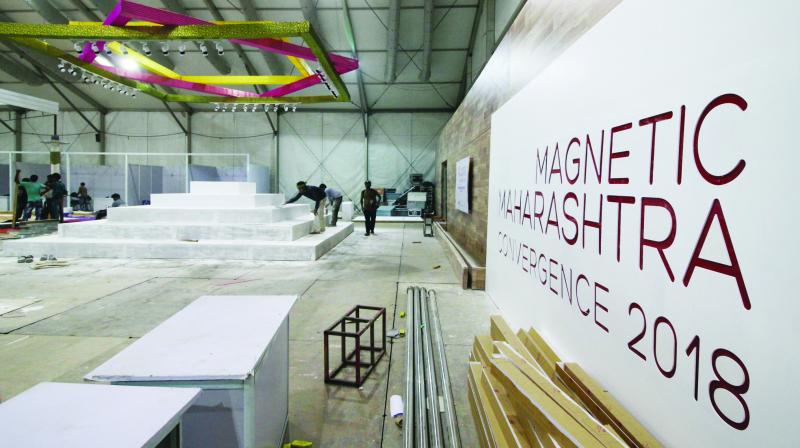 Mumbai: The Navi Mumbai police is all set with its bandobast for PM Narendra Modi’s arrival. For the past two days, Bomb Detection & Disposal Squad (BDDS) teams are there on the venue spot and extra police force has been called in for protection. Traffic on several roads has been diverted. None of the villagers are being allowed to access the road near the venue. The PM will be visiting Navi Mumbai to do the bhoomi pujan (ground-breaking ceremony) of the new airport at Ulwe and the inauguration of JNPT’s fourth terminal on Sunday.

According to police officials, around 30,000 people are likely to attend the ceremony. The special police force has been already called in and BDDS team will be at the spot till the event gets over. There are around 15 CCTV cameras and three 50 feet screens that have been installed at the venue. The Indian Air Force team has arrived to check all helicopter landing situation and helipad near the venue.

Crime DCP Tushar Doshi said, “Our team has been doing everything  possible to ensure proper security. We cannot disclose what we are doing for the security as it is highly confidential. We have asked all villagers to cooperate with us.” Sources said that as a precautionary measure, villagers have been restricted from accessing the venue prior to the ceremony.

Mohan Ninawe, PRO of CIDCO said, “All the event arrangements are done by one of the Delhi based teams. Our team, including police officers are making all security arrangements.”

There are certain traffic diversions; heavy vehicles will be banned from using Sion-Panvel highway up to Uran Phata, Gavhan Phata to Kille junction on the event day.

Nitin Pawar, deputy commissioner of police (traffic), said, “We have banned heavy vehicles on Sion-Panvel highway from morning 6 am to 9 pm on the event day. We have issued a circular about the same so that people don’t face any difficulties. We have also made parking arrangements for all vehicles.”