Holtzberg, who lost his son Gavriel in the 26/11 terror attacks, said that spreading love and compassion is the 'only victory' in the world. 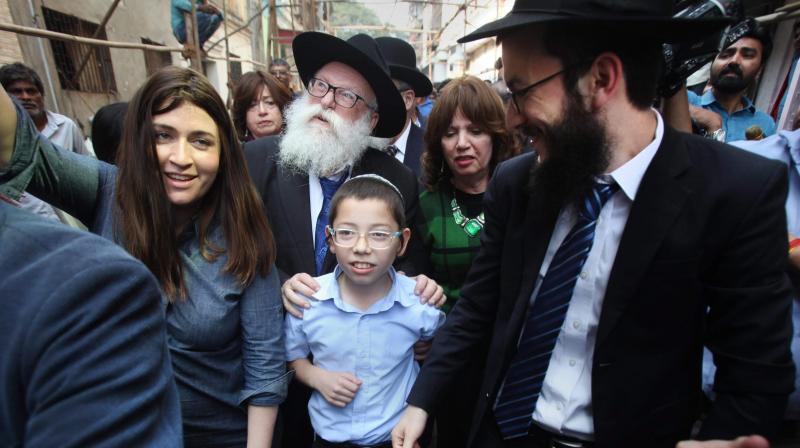 Holtzberg said, 'Pakistan must know best what the people are facing. The sorrows of father, brother, wife and children.' (Photo: PTI)

Mumbai: Rabbi Nachman Holtzberg, who lost his son Gavriel in the 26/11 terror attacks, said on Wednesday that Pakistan should rethink on its policy of creating terrorists.

He said spreading love and compassion is the "only victory" in the world.

In an exclusive interview to PTI, Holtzberg said: "Pakistan must know best what the people are facing. The sorrows of father, brother, wife and children."

Holtzberg and his orphaned grandson 'little' Moshe are on a visit to Mumbai nine years after the deadly attacks by 10 Pakistani terrorists on Chabad House, or Nariman House.

Moshe, then two years old, was saved by his Indian nanny during the attacks, but lost his parents - Gavriel and Rivka.

Holtzberg said Pakistan is "educating" people, especially children, to join terror networks, and added that acts committed by such indoctrinated people do not mean victory.

The victory, he said, is in spreading the message of "goodness and kindness".

The 69-year-old said India should give a stern message that such acts are not acceptable and should develop people- to-people contact so that citizens on both sides find their "connections".

Holtzberg, his wife Frieda and grandson Moshe visited the Gateway of India, Israeli Consulate and Dhobi Ghat on Wednesday.

The family arrived from Israel on Tuesday for a five-day visit to the city and will be meeting Israeli Prime Minister Benjamin Netanyahu on Thursday at the renovated Nariman House.

The doting grandparents said it had been a visit of "mixed emotions" for Moshe, now a budding 11-year-old boy, but added that he wants to keep "coming back" to the city.

While Frieda said Moshe was "excited" to be at Nariman House, her husband gave a nuanced view.

Moshe became sad after going to the third floor of the building, a cultural and outreach centre for the Chabad- Lubavitch movement, he said, adding that the kitchen and the room brought back memories of his parents.

"... A couple of minutes after that he became very happy and said 'oh! I see my home, I would be happy to come back again to my home'," Holtzberg added.

The sexagenarian Holtzbergs said they will return to Israel with "good memories" of the time they spent in India's financial capital. They mentioned particularly the love showered by "thousands of people" whom they described as "unbelievable".

The Holtzbergs spent some time in the Nariman House on Wednesday before returning to the nearby Hotel Taj Mahal, where they are staying.

Moshe's parents ran a cultural and outreach centre for the Chabad-Lubavitch movement at the Nariman House in Colaba area before they were killed by terrorists.