Want to give 9 plots to govt: Telgi’s wife

Shahida stated in her application that she has one daughter and her family doesn’t want property that was gained from the scam. 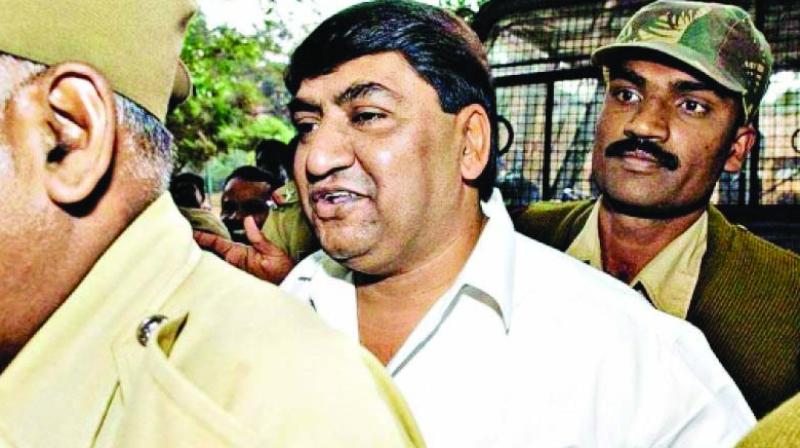 Abdul Karim Telgi, a convict in counterfeit stamp paper scam, was arrested in 2001.

Mumbai: The wife of stamp paper scam mastermind Abdul Karim Telgi, Shahida Telgi, has filed an application before the Pune sessions court, in which she expressed her wish to surrender plots of hers that are worth Rs 100 crore in total to the government. According to her application, Shahida has nine properties in Karnataka.

During the investigation into the multi-crore fake stamp paper case, the Central Bureau of Investigation (CBI) had seized various properties of Telgi from various parts of the country, but the investigative agency didn’t seize the nine properties, which include agricultural land, a commercial complex and flats, as they belong to Shahida.

Shahida stated in her application that she has one daughter and her family doesn’t want property that was gained from the scam. She further stated that the CBI should seize her property and it should be handed over to the government later.

Telgi, who was suffering from multiple medical problems including meningitis, died on October 26, 2017. He was arrested by the city police in Ajmer in November 2001 and sentenced to 30 years’ rigorous imprisonment in 2007.

A resident of Khanapur in Karnataka’s Belagavi district, Telgi started out selling vegetables and fruits in trains. He had completed his education from a local English medium school and had obtained BCom degree from a college of Belagavi. He later moved to Saudi Arabia where he allegedly developed links with the underworld. From 1993 to 2001, Telgi printed fake stamp insurance companies and brokerage firms.

He had also taken the aid of government officers who projected a shortage of stamp paper so fake stamp paper could be sold to them.