Aaditya Thackeray on Thursday had said that the Sena would come to power on its own by withdrawing from the BJP-led government within a year. 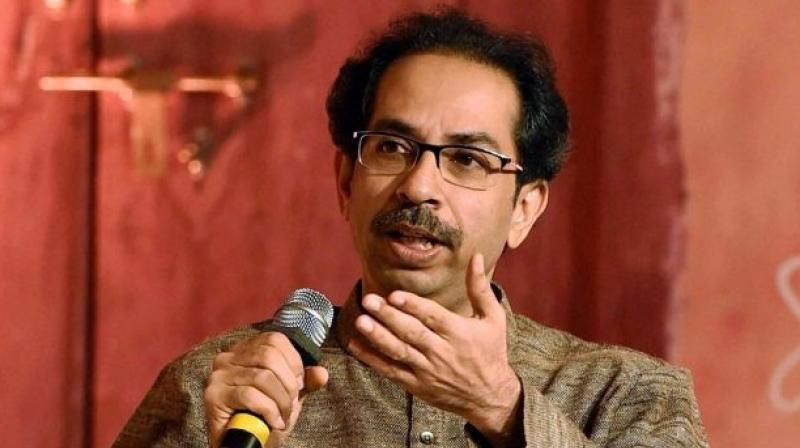 Mumbai: Shiv Sena chief Uddhav Thackeray on Saturday expressed doubt about the Gujarat exit polls and said that the results would reveal the real picture. He even appreciated Congress president Rahul Gandhi’s efforts in Gujarat. The results for of Gujarat Assembly elections will be announced on Monday, while most of the exit polls have forecasted a win for the Bharatiya Janata Party (BJP).

The Shiv Sena is also contesting polls in 53 seats in Gujarat against its ally BJP. “I do not agree with the exit polls. There is no link between the exit polls and the reality in Gujarat. The exit polls have said that BJP will get a majority. The results will show the true picture,” Uddhav Thackeray told reporters at Matoshree, his residence in Bandra.

The Sena chief even appreciated hard work put up by newly anointed Congress president Rahul Gandhi in Gujarat. “Rahul has put in so much of hard work in Gujarat, and I wish him good. He will hopefully fulfil the expectations of his party,” said Mr Thackeray, whose party prefers to contest alone in other states though is in alliance with the BJP in Maharashtra and at the Centre.

Supporting a statement by Yuva Sena chief Aditya Thackeray about withdrawing alliance with BJP, Uddhav Thackeray said, “If the issues are not resolved then the question would be whether or not to support BJP,” he said.

Aaditya Thackeray on Thursday had said that the Sena would come to power on its own by withdrawing from the BJP-led government within a year. This has raised eyebrows as Uddhav Thackeray had earlier said that a decision about parting ways with the BJP would be taken at an appropriate time.