The Asian Age spoke to several residents staying around the national park, who narrated their experience. 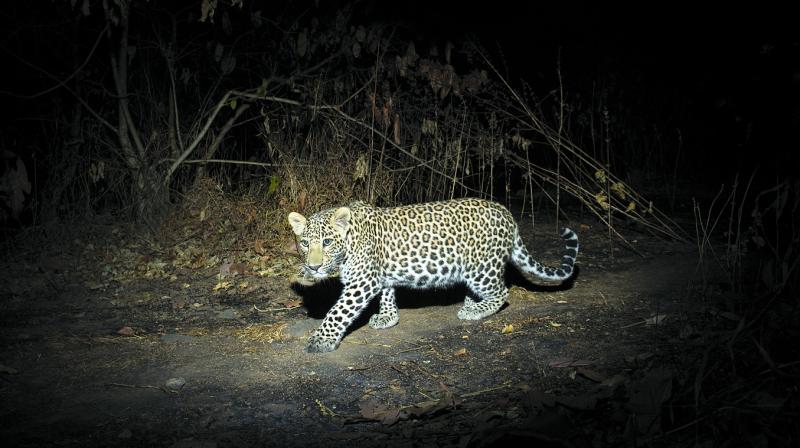 A leopard at Aarey in January this year. (Photo: Rajesh Sanap)

Mumbai: For housewife Manisha Gada, a Mulund resident whose house is located in a forested tract abutting the Sanjay Gandhi National Park (SGNP), spotting leopards seated on walls in her immediate neighbourhood is almost a daily sight. Sometimes, from her kitchen windows, she even gets to peek at a leopard loitering in the back end of her building.

Ms Gada does not panic at the sight of a leopard anymore. She simply believes in a set of precautions that can save her and her neighbours from any possible attack or confrontation with the big cats, known for their speed and stealth. Ms Gada says the leopards are “shy too, and they avoid human beings”. She is among thousands of families staying in close proximity to SGNP for whom “co-existing with leopards is a way of life”. While they are aware of the animals visiting their neighbourhood frequently, they not only take preventive measures but also educate others about the leopards.

“We keep seeing leopards frequently and have taken all kinds of precautions on our end. Leopards have been taking away dogs from our societies, but haven’t done anything to any of us till date. We have all our streetlights functioning and our area is completely lit up. We do not allow small children to play alone once it is dark,” Ms Gada says.

Chandu Jadhav, a resident of Aarey Milk Colony, said that leopards were a common sight for him. He said: “Initially, when there was man-animal conflict in the area, everyone was scared and was against the animals. But ever since the forest department has educated all of us, we not only take precautions ourselves but also ensure that we are sincere about the dos and don’ts explained to us.”

It should be noted that there has not been a single case of man-animal conflict in Mumbai for the past three years.