Experts have raised concerns over conflict of interest between DGCA and AAIB with respect to investigations into the helicopter crash. 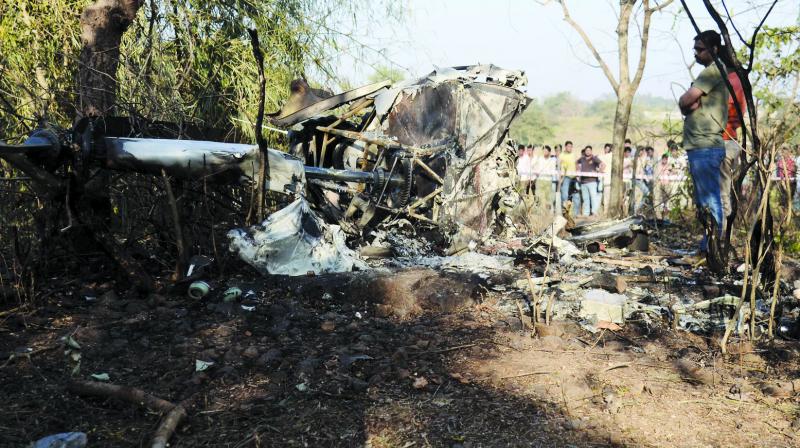 Mumbai: Experts have raised concerns over conflict of interest between DGCA and AAIB with respect to investigations into the helicopter crash at Goregaon on Sunday. According to them, AAIB officials appointed by the ministry of civil aviation include officials who were previously with DGCA. Experts have hence demanded that an independent third body appointed by the government – a special panel constituted by the court or CBI - handle investigations.

On Sunday, a private operator’s R-44 Robinson Astro copter crashed, allegedly due to a clutch malfunction, killing its pilot, Captain Praful K. Mishra, while a passenger, Ritesh Modi, succumbed to his injuries on Tuesday. Ritesh’s wife, Vrinda, is being treated for severe burn injuries at an Airoli hospital while the fourth occupant, Sanjeev Shankar, was discharged on Wednesday.

Captain Mohan Ranganathan, former member of the government-appointed Civil Aviation Safety Advisory Committee, said, “The International Civil Aviation Organisation too has raised questions on the regulator itself being part of the investigation. There are major violations both from DGCA as well as AAIB as far as safety is concerned. Unless an independent body is constituted for investigating accidents, there cannot be unbiased reports in such cases.”

Commenting on the purpose of AAIB, aviation expert Vipul Saxena said, “The objective of constituting AAIB was to have accidents and serious incidents probed by the body which would be independent of DGCA. This was with an intention to improve flight safety and prevent recurrence of such incidents. But due to lack of power, the body being manned by DGCA officials nullifies the sole purpose. MOCA must make this body free from any regulatory or administrative control of DGCA as early as possible.”

Experts are of the view that either a team of people appointed by the court or CBI should be consulted and appointed for investigating such accidents. The AAIB on Tuesday took away parts of wreckage and all related documents from Aman Aviation for further investigation. The investigating body arrived on Monday and inspected the accident and Juhu Air Traffic Control (ATC) as part of its investigations.

Copter crash:
Vrinda Modi (34), who was among the four occupants of the R44 Robinson Astro helicopter belonging to a private operator that crashed Sunday in Goregaon, is critical at an Airoli-based hospital specialising in burn injuries. Ms Modi’s husband, Ritesh who was among the copter’s occupants, died on Tuesday. Dr Sunil Keswani of National Burn Centre, Airoli, said, “She is critical and in a decisive state. She may lose her hands though we are trying to prevent that. She’s been under observation for 96 hours.”