The neighbours have sought help from the local Member of Parliament, Rahul Shevale, to secure a compensation for the kids’ future. 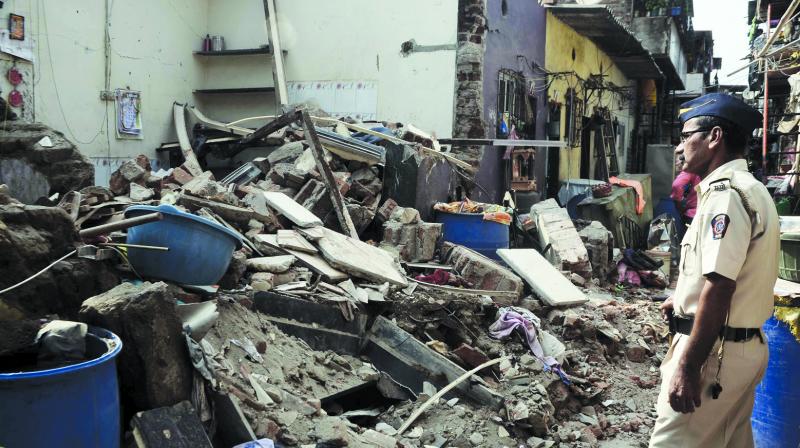 Seven-year-old Prashik Prashik and 10-year-old Vishakha were orphaned due the collapse.

Mumbai: The neighbours of the deceased Wankhede family, which is now survived by two children after their parents’ death in Thursday’s Mankhurd building collapse, have sought help from the local Member of Parliament, Rahul Shevale, to secure a compensation for the kids’ future.

Seven -year-old Prashik and 10-year-old Vishakha were orphaned overnight after their parents, Sanjay Wankhede (40) and Rekha Wankhede (30), and grandmother Kasturba Wabkhede (60), died in the collapse. While the two children are undergoing treatment at the Sion and Shatabdi hospitals, they now have no surviving relatives to care for them.

Ravindra Rajguru, the local committee chairman of the Saibaba Rahiwashi Sangh said, “The children have their grandfather but the family’s history is inexplicable, so he won’t be taking care of the kids. Neighbours are all there to care for them, but we need to take a final decision. We have approached Mr. Shevale, who has promised to help us get compensation and help decide where the kids can live and other logistics about their day-to-day life.”

Residents are not aware of the legitimacy of the houses in this area, which puts their claim for compensation for the children, in doubt. Mr. Rajguru said, “There are a lot of complicated laws and government rules we do not understand. Whatever fits in rules is fine, but Shevale sir will have to help us. We spoke with him on Saturday and he has agreed.”

Officials from the BMC said, “The house that collapsed was taller than 14 feet which makes it an illegal structure. In such cases victims are generally not liable to compensation, but frankly, every case is different.”