The Bhoiwada police has registered an accidental death report (ADR) in the case. 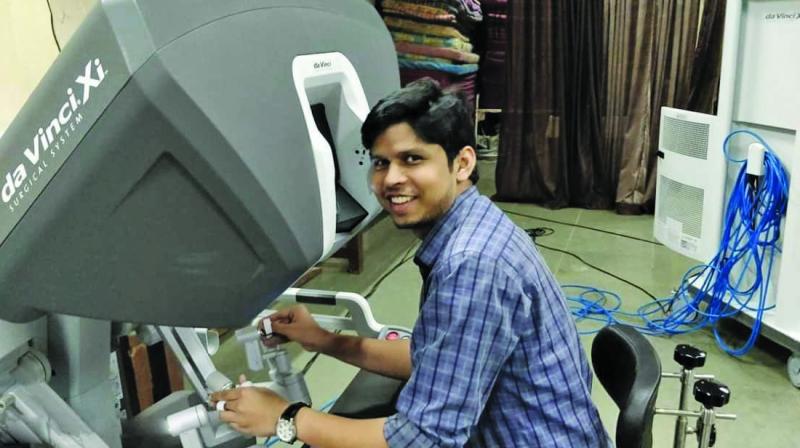 Mumbai: A senior medical officer (SMO) of civic-run KEM Hospital, committed suicide on Saturday morning at resident medical officer's hostel. The exact cause of death is yet to be ascertained.

The Bhoiwada police said that 28-year-old Dr Pranay Jaiswal allegedly committed suicide by injecting himself with poison. His body was found on the terrace of his hostel inside the hospital campus. An intrave-nous (IV) syringe was found next to his body.

Jaiswal, a resident of Amravati, was a final year master’s student and was reportedly under depression over the last six months. On Friday night, his colleagues panicked and mounted a search after he did not return to his room.

While speaking to The Asian Age, the police spokesperson DCP Pranay Ashok said, “Primary investigation revealed that Jaiswal was battling with depression. We suspect that he must have injected some kind of poison in his body. We are waiting for a detailed autopsy report yet.”

When asked if psychological autopsy will be conducted, the DCP replied, “We will explore all possibilities. At the moment, we are recording statements of his room partner Dr Samarth Pravinbhai Patel. They were sharing a room since last three years. We will also contact hospital staff and Jaiswal’s family members. The autopsy report will also throw light on several issues.”

Dr Hemant Deshmukh, dean of KEM Hospital, informed, “After Jaiswal did not return home, his friends had come to inform me about the same. We tried calling him, but all calls went unanswered. We could not find him anywhere in the hospital. The team of police officials then tracked his phone and found him on the terrace of the hospital.”

He further added, “Jaiswal was under depression since six months but reason for his it is still not known.”

The police has registered an accidental death report (ADR) in the case.

The latest case comes six months after a tribal student, Payal Tadvi, committed suicide due to alleged mental harassment from her seniors at the BYL Nair Hospital.

After her death, the hospital administration had formed an anti-ragging committee to investigate her suicide.

The Maharashtra Association of Resident Doctors (MARD), too, had suspended the three doctors — Ankita Khandelwal, Bhakti Mehre, and Hema Ahuja — for alleged casteist abuses against the victim.