Farmers with land up to two hectares will be given up to Rs 8,000 per hectare as compensation for damages to the Kharif crop. 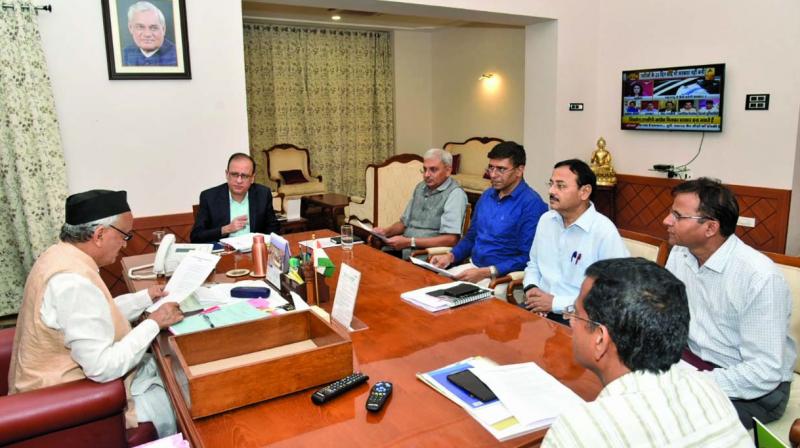 Farmers with land up to two hectares will be given up to `8,000 per hectare as compensation for damages to the Kharif crop.

The financial aid would be deposited to the district collector’s treasury, through which money will be released to the accounts of distressed farmers.

An official said that the governor held a detailed meeting over crop damages due to unseasonal rains during October-November 2019. He, the official said, also directed the state administration to disburse the relief immediately to the farmers.

Meanwhile, senior Congress leader Ashok Chavan said that the relief announced by the governor was insufficient.

If a new government would be formed, with the participation of the Congress, it would announce additional financial help to the farmers, Mr Chavan said.

Dr Ajit Nawale, state secretary of the All Kishan Mahasabha, said that the financial help announced by the governor was like rubbing salt on the wounds of the farmers.

“If one calculates the per hectare help in terms of gunthas, it would come to around `80 per guntha."

“The financial help is not even enough to cover the input costs of the distressed farmers,” he added.

All political leaders in the state have visited the areas hit by unseasonal rains this monsoon.

Former chief minister Devendra Fadnavis, too, on Friday met the governor over the issue.

Earlier this month, the government approved Rs 10,000 crore towards immediate assistance to farmers affected by unseasonal showers across Maharashtra. The decision was taken when Mr Fadnavis was the CM.

Officials have said that as per initial estimates, crops sown on 54.22 lakh hectares across 325 talukas have been damaged due to untimely rains in various parts of the state. The damaged crops include rice, jawar, paddy, cotton and soyabean, officials said.