A team from the forensic department visited the site to check the debris. 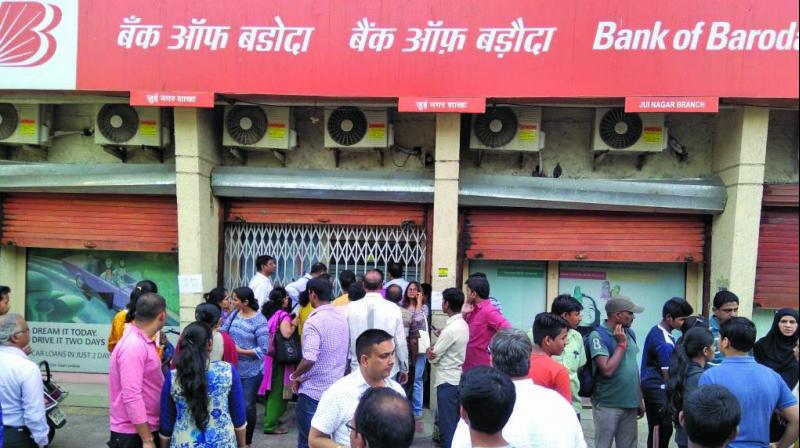 Customers outside the Bank of Baroda branch at Juinagar, which did not have any CCTV.

Mumbai: In a bid to identify the accused involved in the Juinagar Bank heist, the police has recovered the debris from the bank that was dug out to make the 30-feet tunnel to reach the bank’s locker room, 150 metres away from the scene of the crime. A team from the forensic department visited the site to check the debris.

According to a Navi Mumbai police officer, a team which was working on collecting evidences against the accused have went several places to find where the accused have throne the debris. On Wednesday evening, a team with a sniffer dog reached 150 meters away from the bank at a nullah near Juinagar railway track. The team has found the same gunny bags, which they had seen in the CCTV footage. According to the experts, the accused have started digging the tunnel a month ago.

Forensic team will check the debris material and match it with the tunnel. So far, the team who has come to the bank for investigating the locker area, after spending hours over there, could not find any evidences against the accused. According to sources, the forensic department officials could not get a single fingerprint of the accused.

While talking about the foot prints, the sources said, “The accused might have cleaned the floor and all the locker side areas with a wet cloth. This is why, it is really difficult to get evidences such as foot prints.”

The police have already identified four persons who were a part of a group, which is said to be from Jharkhand.