A “Ray Nagar” project is underway at Solapur for the construction of 30,000 affordable homes under the PMAY scheme. 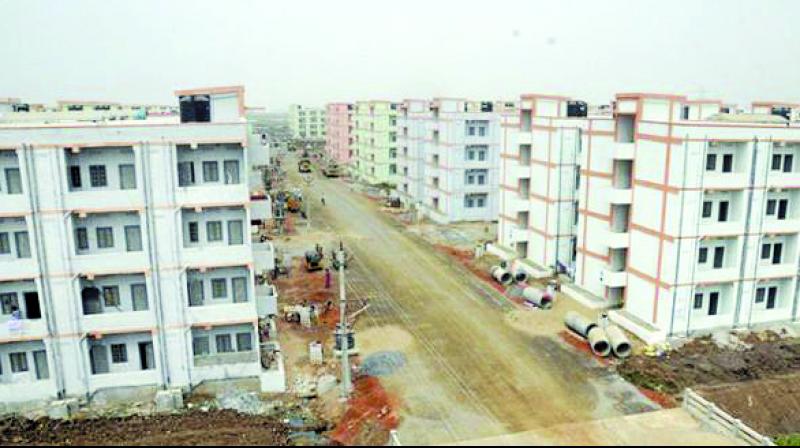 These homes are being constructed for the economically weaker section.

Mumbai: Relaxing the norms for the housing project under the Pradhan Mantri Awas Yojana (PMAY) at Solapur, the state cabinet has given the nod to allot Rs 120 crore in advance as the developer agency is facing financial problems. When in the opposition, the BJP was against such moves but while in power, it has changed tack and relaxed the norms.

A “Ray Nagar” project is underway at Solapur for the construction of 30,000 affordable homes under the PMAY scheme. These homes are being constructed for the economically weaker section. Under norms of the scheme, in private partnership, the Union government allots Rs 1.5 lakh per beneficiary while the state government allots Rs 1 lakh. The Union government sanctioned the amount based on progress of the construction in slots of 40 per cent, 40 per cent, and 20 per cent. Now, the developer agency is facing financial problems. So, to speed up the scheme, the state government has sanctioned Rs 120 crore under 40 per cent share as Rs 40,000 per beneficiary. The state government has imposed the condition of completing the plinth work for sanctioning the funds and relaxed the condition of the bank guarantee.