RTO tells mayor to drop red beacon from his car

The central government in May 2017 had decided to ban red beacons atop cars of all ministers, politicians and bureaucrats. 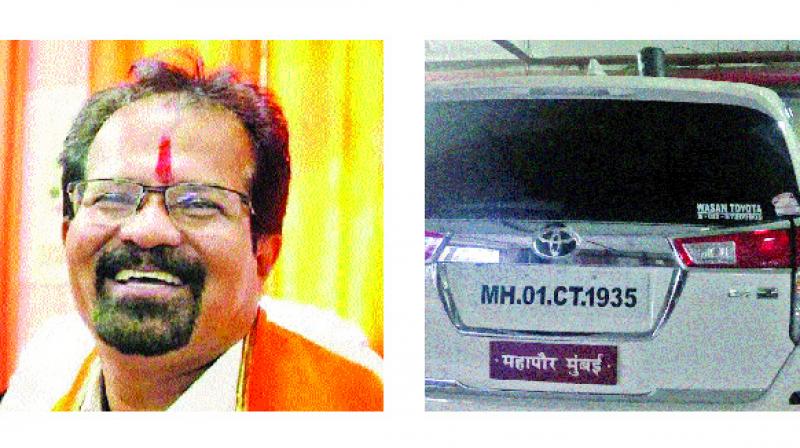 Mumbai: Mumbai mayor Vishwanath Mahadeshwar has courted controversy for the alleged use of red beacon on his official vehicle, which is prohibited.

The Regional Transport Office (RTO) of Central Mumbai has asked the Brihanmumbai Municipal Corporation (BMC) to remove the red beacon from his vehicle at the earliest.

In a letter written to executive engineer (solid waste management), the RTO has said, “According to the circular issued by the Central government, BMC mayor is not included in the list of people who are allowed to use a red beacon. Hence, it not authorised to install any beacon on his car.” The letter was sent to the solid waste management department since it purchased the mayor’s car.

Meanwhile, Mr Mahadeshwar told The Asian Age, “I have sought details of the government resolution asking mayor not to use red beacon on the vehicle. If it is not allowed, red beacon will be removed immediately.”

The central government in May 2017 had decided to ban red beacons atop cars of all ministers, politicians and bureaucrats. The ban, which was brought into effect from May 1, does not exempt even vehicles of the country’s top dignitaries such as the President, Prime Minister and the Chief Justice of India. But ambulances and vehicles of the fire service, police, and army will be allowed to use blue flashing beacons to cut through traffic.

Mr Mahadeshwar uses a 2.4D-ZX 7S MT model of Toyota Innova Crysta, a seven-seater that was bought recently by the BMC at a cost of Rs 19.91 lakh. Though it has a red beacon, it is not in use, sources said.

“The red beacon is not used by the mayor at all. But, even if it is not in use, it has to be removed as it not authorised. We have informed the mayor’s office to remove the red beacon from his vehicle,” said an official from the SWM department.