The last date for registration is October 21, after which the lottery will be announced on November 10. 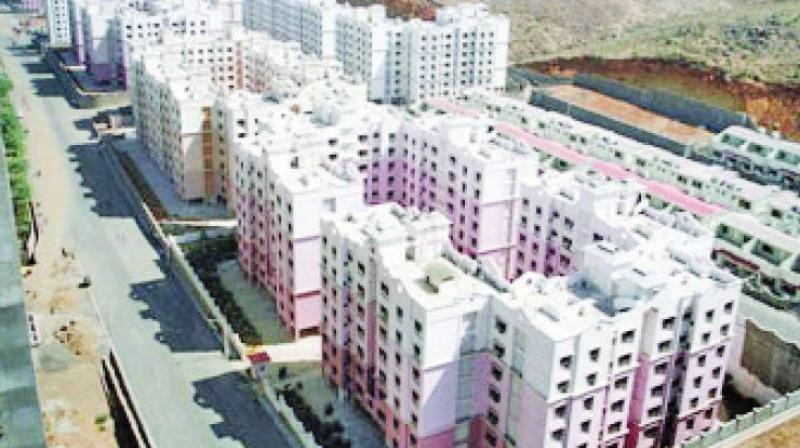 Mumbai: The Maharashtra Housing and Area Development Authority (Mhada), which is seeing a poor response to its annual lottery, expects a spike in applications during Diwali as ‘people tend to book flats on auspicious days’. There is only a week left before registrations shut for 819 homes that were announced last month.

As of now, the authority has received 48,000 registrations — as against 1.69 lakh applications received last year for 972 homes. By the first week of October, Mhada had received around 500 applications for flats priced more than Rs 1 crore, which fall under the under High Income Group (HIG) category. Figures for other income groups were not available.

The authority had earlier faced flak for setting high prices for houses under the HIG category that has 338 flats, some of which are priced at more than Rs 1 crore.

Two flats rated at Rs 1.94 crore have received below 100 applications, i.e. approximately 50 applications for a single flat. These flats are 476 square feet in area and located in Lower Parel. A total 338 flats are reserved for the HIG category. Nearly 350 applications have come for 168 flats priced at Rs 1.39 crore each.

“We have received 48,000 registrations and 45,000 online applications. We had expected more, but let’s see. The registrations might rise during Diwali as people book flats on auspicious days. The number of registrations tends to rise during the last four days every time. We are expecting the same this year too,” said a senior Mhada official.

The last date for registration is October 21, after which the lottery will be announced on November 10.  The draw will be held at Rangsharda Auditorium in Bandra Reclamation.

According to officials, the number of applications of other income groups is yet to be determined by the authority, and a final report will be prepared shortly before the deadline.