UDD has stated that the land was never a pond and was not connected to the creek. 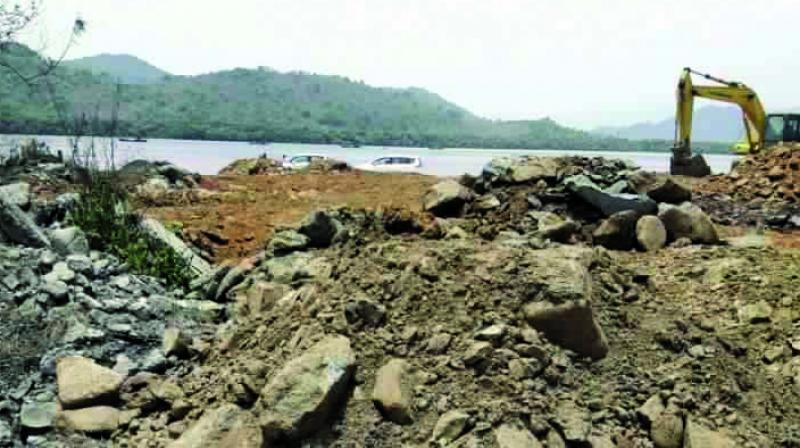 The citizens group, Abhivyakti, had earlier moved court against the debris being dumped in a pond, which the citizens have asserted is a wetland.

Mumbai: In a blow to the efforts by Navi Mumbai citizens to save natural resources, the state urban development department has, in its affidavit to the Bombay high court, stated that the water body in Kharghar, where City and Industrial Devel-opment Corporation (CIDCO) has been carrying out dredging work, is not a wetland. The citizens gro-up, Abhivyakti, had earlier moved court against the debris being dumped in a pond, which the citizens have asserted is a wetland.

The Maharashtra Rem-ote Sensing Application Centre (MRSAC) too has stated that the water body is not recognised as a ‘wetland’. In the affidavit to the HC, the UDD stated, “The land referred to in the petition is acquired from private owners for public purpose i.e. for the purpose of development of the city of Navi Mumbai. The said land was used for agricultural purposes by the land owners prior to the said acquisition, which is appa-rent from the revenue records, that CIDCO has given the benefit of allotment of land under the 12.5 per cent scheme to the land owners.”

The UDD has further stated that the land was never a natural pond and was not connected to the creek, so the water accumulated is not seawater but rainwater.. Meanw-hile, the MRSAC also said in its report annexed to the affidavit filed by sub-divisional officer of Pan-vel, that the said area is not identified as a wetland.

The petitioner has refuted the claims stating that the area can be identified as wetland going by the MRSAC website, as per the latest wetland rules. “The report by MRSAC also mentions that the data by SAC Ahmedabad should also be considered for complete information, which is the authority to identify wetlands across the country.  We are also awaiting the Konkan Wetland Grievances Redressal Committee’s report on the matter. We will be filing our response with substantial evidences,” said Nareshchandra Singh, member of Abhivyakti group.