According to the Mumbai Metro Rail Corporation, the work has been delegated to these workers by their concerned contractor and not by the authority. 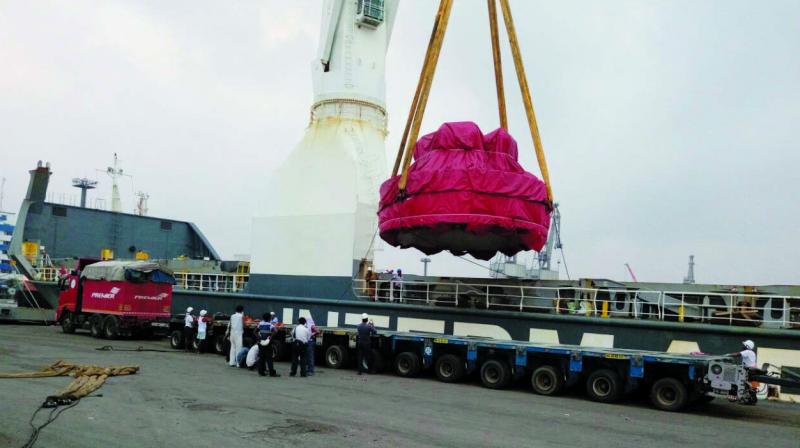 A part of the Tunnel Boring Machine being transported.

Mumbai: Thirty Thai workers will be assisting in operating the Tunnel Boring Machine (TBM) for the Metro 3 (Colaba-Bandra-Seepz) project. Currently, a total of 100 workers are involved in the tunnelling work. According to the Mumbai Metro Rail Corporation (MMRC), the work has been delegated to these workers by their concerned contractor and not by the authority.

“Around 30 Thai workers will be there to operate the TBM machine since the Indian workers still lack the skills to work this machine,” said a senior MMRC official. The workers will work in two shifts of 12 hours each. A team of seven to eight people will be operating the TBM machine, which will be used for tunnelling the 33.5km underground Metro 3 corridor. According to officials, a temperature of 30 degree celsius will be maintained underground. Breathing apparatus will also be made available for the workers.

The Thai workers will be handling key responsibilities on the project like, tunnel project manager, tunnel designer, mechanical manager, survey chief, surveyor, engineers, foreman, operator and mechanic for the TBM. The machine will have a control room to monitor the work.

The first TBM, which was brought to the city on September 5 for the launching shaft of Naya Nagar at Mahim, was procured from Guangzhou in China. It will come out at Dadar after a year.

Fifteen more highly-mechanised tunneling machines ordered by the MMRC are expected to arrive in the city, of which eight will arrive this year itself, while the remaining seven will be here by next year.