The Navy helicopter landed on the Japanese ship at sea, 234 kilometres off Mumbai. 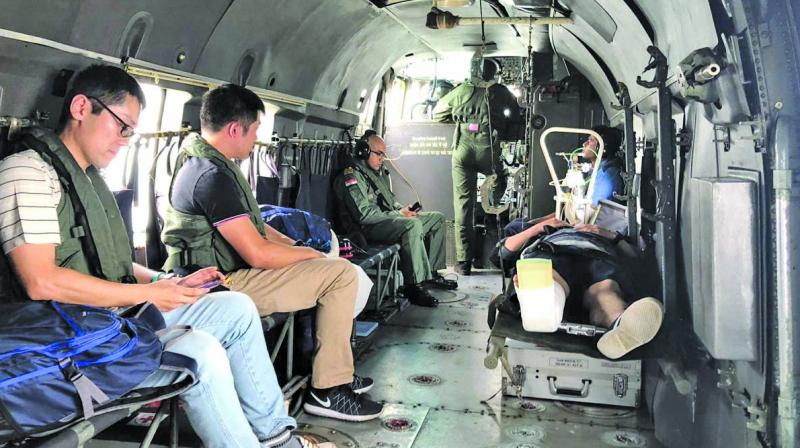 Mumbai: The Indian Navy on Friday responded to a request for medical evacuation from Japanese warship JMSDF Sazanami. A Sea-king helicopter of the Navy evacuated an injured crew member on board the warship for further medical treatment.

The helicopter landed on the Japanese ship at sea, 234 kilometres off Mumbai and evacuated the injured crew member to the Naval Air Enclave at Santacruz. The Japanese Consulate later shifted the patient to a local hospital.

“The crew had a severe leg injury, and was in need of medical emergency. A team consisting a medico and para medico went on the JMSDF Sazanami,” said Commander Mehul Karnik, chief public relations officer (CPRO), Indian Navy.

The missile destroyer JS Sazanami had recently visited Kochi on a friendly tour.

According to reports, the Japanese warship was carrying 25 officers, eight coast guard personnel and 156 sailors.