Environmentalists have already criticised the project over the reclamation of land near the Thane creek, which hosts congregations of flamingos. 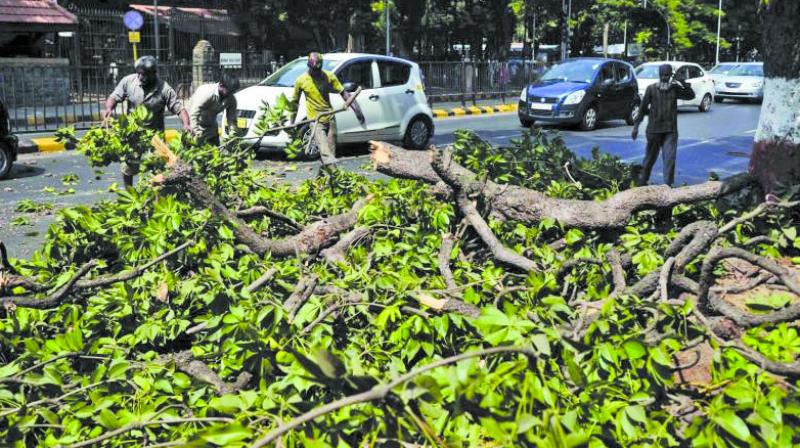 At present, there are 1,172 trees at the site, which falls under F/S ward.

Mumbai: More than a thousand trees will be felled for the Mumbai Trans Harbour Link (MTHL), according to the latest tree notice published by the Brihanmumbai Municipal Corporation (BMC). It has been proposed that the trees be removed for the construction of a 10.38-kilometre-long bridge under the MTHL package 1.

Environmentalists have already criticised the project over the reclamation of land near the Thane creek, which hosts congregations of flamingos.

According to the public notice, the axing of 454 trees has been proposed while the 550 trees are slated to be transplanted. At present, there are 1,172 trees at the site, which falls under F/S ward. Environmentalists, however, claimed that the permissions for the project received from the ministry of environment forests & climate change (MoEFCC) and Coastal Regulation Zone (CRZ) do not mention any tree-cutting proposal.

“The work has already started last year, so I filed an RTI application with various queries related to the project. The response by the MMRDA (Mumbai Metro Region Development Authority) said that there is ‘nil’ proposal for tree cutting for the project and any permission granted for the same. None of the CRZ, EIA and MoEF permissions mentions the removal of a single tree,” said Zoru Bhathena, a Mumbai-based activist. The Environment Impact Assessment (EIA) and CRZ report largely mention cutting mangroves for the project.

The MMRDA has stated that around that several trees would be transplanted at Mumbai Port Trust. “We have been looking for an independent organisation that has expertise in transplantation to assist us with the work. The MMRDA made sure that more trees were transplanted rather than cutting them,” said an MMRDA official.

The BMC has invited suggestions and objections for the tree-cutting proposal and a public hearing will be held on August 22. Apart from trees, around 1,000 mangroves have been proposed for axing for the project that is to be built on stretches of the Sewri mudflat, which was demarcated as an Important Bird Area.